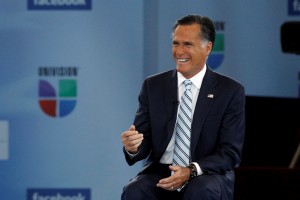 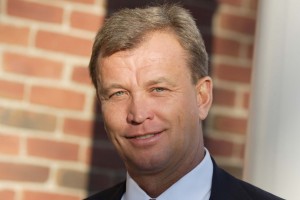 “I believe he’s incredibly capable and I support him,” Rehnert said of his former Bain Capital colleague. His comments were in response to questions about a Romney video which shows the Republican presidential candidate making disparaging remarks about Obama voters. Romney, in the widely circulated video, said that 47% of Americans are Obama voters who see themselves as “victims” and “believe they are entitled to healthcare, to food, to housing, you name it.

“I don’t think he said anything untrue,” Rehnert told peHUB, on the sidelines of the Dow Jones Private Equity Analyst Conference Thursday. However, Romney’s quotes were taken out of context and he was speaking to a narrow audience, he said. “[Romney’s] a big believer that you don’t get something for nothing,” Rehnert said.

The Republican presidential candidate has a “big heart” and is very involved with the Mormon Church, Rehnert said. “While I was at Bain Capital, I saw him spend countless hours working with people in his community that needed assistance. People who’d lost jobs, who had illness,” he said.

The Presidential campaign has pushed private equity, an industry known for its complex and secretive deal making, into the purview of mass media. The campaign has also generated several attacks which seek to portray Romney, along with private equity, as money-hungry vultures bent on destroying companies and sending jobs overseas.

With all that in mind, I asked Rehnert if he’d wanted Romney to run for president. The Audax co-CEO paused for several moments as he thought about the question. “Yeah…I’m glad he ran,” he told peHUB. “For a person of his capability to make the personal sacrifice required to run for office and subject himself…to have his reputation attacked, with all the negativity and the politics, in order to make a contribution and fix the country’s economic problems, I’m glad he’s doing it. It’s an enormous commitment.”

He also said it’s hard to tell whether the PE industry has done a good job defending itself against the negative press. “Time will tell,” he said. “In the midst of a political campaign, it’s difficult to make an assessment.”

Rehnert has known Romney for years and helped him start Bain Capital back in the 1984. Rehnert is one of the Bain executives shown in the famous 1984 black and white picture. The young Bain execs are standing in the atrium of Boston’s Copley Place, right below Bain’s offices, with $10s and $20s coming out of their pockets. The Bain execs were “playfully celebrating” raising the firm’s first fund, which collected $37 million, he said.

“I had $30,000 in student loans,” Rehnert said with a laugh. “None of us were wealthy. This was like having your first paycheck and you frame it.”

When it started, Bain was half private equity and half venture capital, Rehnert said during the panel, “Romney’s Run: Why the PE Industry Will Never Be the Same.”

“I was at Bain Capital the entire time Mitt was there,” he said.

Romney came into the presidential election with “his eyes open,” Rehnert said during the panel. Ted Kennedy used Romney’s success in private equity to beat him in a 1994 senate race. However, Rehnert noted that private equity is not about busting up companies or firing people. “By and large, most private equity is about building businesses,” he said.