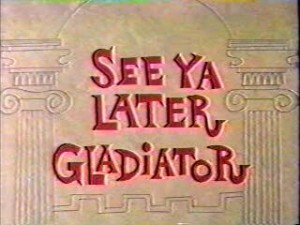 Feuerstein’s LinkedIn profile says that his current position is founder and managing partner of a firm called 24/6 Capital Partners. He has held that position since May 2011, according to the profile.

There doesn’t appear to be any Web site for 24/6 Capital, and details are scarce. An investment banker who has worked with Audax Group and Feuerstein said that the latter is “trying to do deals on his own,” but was unable to provide any other information regarding his departure from Audax Group or what his plans are for the new firm.

Contacted on his cell phone, Feuerstein said it was too early in his firm’s life to comment at length. “I’m kind of laying low with what I’m doing,” he said.

When asked if he was looking to do deals himself, as the banker suggested, Feuerstein said, “I’m putting together creative deals, but I’m not competing with Audax or anything like that.” He is not currently fundraising.

Feuerstein had been at Audax Group, which was founded in 1999 by former Bain Capital executives, since January of 2001, according to his LinkedIn profile. Deals he helped source there include the 2007 buyout of A&A Manufacturing Co., a New Berlin, Wisc.-based manufacturer of accordion-style protective coverings for machinery, according to Corporate Financing Week. Audax Group continues to hold the company.

Jay Jester, a managing director and head of business development at Audax, said in a voicemail message that Feuerstein is “a terrific guy, who did a wonderful job for us for almost 10 years.” He added that Feuerstein left to go out on his own and “is doing a great job there,” but declined to comment further out of respect for Feuerstein. In a follow-up call, Feuerstein added that he left Audax “on great terms” and that he and Jester are “great friends.”

Though the circumstances around Feuerstein’s departure from Audax remain cloudy, one thing is clear: Now is an extremely challenging time to be starting your own private equity firm, especially if 24/6 Capital eventually seeks to raise a fund.