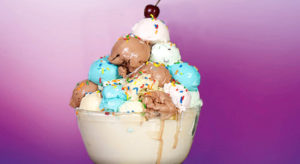 To begin with, we’ve got an update on the sale process for Stone Point Capital’s Grace Hill. In a matter of just a few weeks, the real estate technology platform has been snapped up by Aurora Capital Partners, sources told PE Hub.

In early April, PE Hub reported that Stone Point hired William Blair as sell-side financial adviser for an auction that was yet to kick off.

The deal was signed around a week ago and is pending closure, the sources said.
Grace Hill, based in Greenville, South Carolina, provides a technology-enabled talent performance platform that helps owners and operators of real estate properties increase property performance, reduce operating risk and grow top talent.

Read more details on the process in Milana’s story.

The deal, announced yesterday, was valued at nearly $1 billion, a source familiar with the matter told PE Hub, confirming a previous DealBook report. Bain’s acquisition of the frozen dessert company is expected to close this quarter.

Bain’s acquisition will provide an exit for San Francisco’s Gryphon Investors, whose majority investment dates back more than five years.

“We met Paul seven years ago,” said Adam Nebesar, managing director at Bain. “When he joined Gryphon to create Dessert Holdings, we were in touch with him then.”
Founded in 2016 by Gryphon, Dessert Holdings is composed of three brands which have been around for decades: The Original Cakerie, Lawler’s Desserts and Atlanta Cheesecake Company. It supplies brownies, layer and frozen cakes to in-store bakeries, restaurants, and frozen food aisles at the grocery stores.

Read my story to know more about Bain’s strategy.

That’s it for me! Have a great week, and as always, hit me up at karishma.v@peimedia.com with your comments, tips and anything else!