People
By
Alastair Goldfisher
-
31 July 2019
CRV announced it has tapped two new additions to its enterprise team. Joining the firm are Anna Khan as general partner and Kristin Baker Spohn as venture partner.

Altitude Networks emerges from stealth with funding round led by Felicis

News Briefs
By
Alastair Goldfisher
-
31 July 2019
San Francisco-based Altitude Networks, provider of a cloud collaboration security platform, announced it has raised $9 million in Series A funding led by Felicis Ventures. The Slack Fund is also participating in the round, along with previous investor Accomplice and individual investor Alex Stamos, former CSO at Facebook. As part of the funding, Aydin Senkut, founder and managing director of Felicis, will join the board.

News Briefs
By
Alastair Goldfisher
-
29 July 2019
San Francisco-based MindTickle, which provides a sales readiness platform, announced it has raised $40 million in Series C funding led by new investor Norwest Venture Partners. Also participating in the latest round is NewView Capital and returning investors Accel, Canaan Partners and Qualcomm Ventures. As part of the funding, Scott Beechuk, a partner at Norwest, will join the company's board.

News Briefs
By
Alastair Goldfisher
-
8 August 2017
Santa Clara, California-based MagicCube, provider of a Internet of Things security platform for consumers, announced it has raised $8.5 million in Series A funding led by Bold Capital Partners. Epic Ventures, Social Starts and Silicon Valley Bank also participated in the round. The company's original investors include Visa. 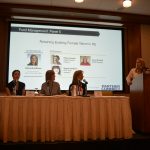 People
By
Alastair Goldfisher
-
28 July 2017
PE still toxic environment for women: panelists Firms promote more from within Basis for judging women’s success must change LPs and GPs are more conscious of hiring, retaining and promoting women, but it’s still a toxic environment for females in private equity. That was one of the takeaways from a panel discussion during the Emerging Manager […]

News Briefs
By
Alastair Goldfisher
-
6 November 2013
VC vets Charles Beeler and Jeff Hinck have announced this morning that their new venture firm Icon Venture Partners has launched with $100 million in committed capital to invest in early-stage enterprise tech companies. Beeler, who most recently was with El Dorado Ventures, told pehub that he and Hinck, who co-founded Vesbridge Partners, began raising the fund early last year. He said about 80% of the capital came from traditional LPs, such as endowments and foundations, while the remaining fund was raised from a group of 80 enterprise tech professionals worldwide, who each invested in the fund and have formed the Icon Technology Partners group. Beeler said the group of 80, which includes Larry Abramson, Marc Brown, Paul Denning and others, will serve in advisory roles and sit on company boards. Beeler said he expects the firm to make from 20 to 25 seed and Series A investments a year. Beeler will be based in Menlo Park, Calif., while Hinck is in Minnetonka, Minn. 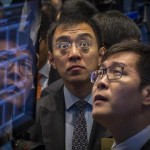 News Briefs
By
Alastair Goldfisher
-
29 October 2013
Venture-backed Virtela Technology Services Inc. announced it has been acquired by NTT Communications Corp. for $525 million in cash. Virtela, which provides cloud network services, had previously raised $65 million in venture funding from Norwest Venture Partners, New Enterprise Associates, Newton Technology Partners and a number of other investors, according to data from Thomson Reuters (publisher of peHUB). Norwest led all the rounds in Virtela, which was founded in 2000 and incubated at Norwest's office in Palo Alto, Calif. Promod Haque, senior managing partner at Norwest, currently serves as chairman of Virtela, which is based in Greenwood Village, Colo.
1234...15Page 3 of 15