Scoops & Analysis Bernard Vaughan - 9 October 2012
Riordan Lewis & Haden Equity Partners has raised $260 million for its third buyout fund, and is planning on closing the fund in February, Buyouts reported earlier today, citing a source close to the process. The firm, which has surpassed its $250 million target for the fund, could close it at as much as $335 […]

Scoops & Analysis Bernard Vaughan - 2 October 2012
Bruce Rauner, an early partner with Chicago-based GTCR LLC, is widely believed to be weighing a bid for governor of Illinois in 2014 on the Republican ticket. For years he's been deeply involved in public service in Chicago, most notably in helping to push education reform in 2011 and, recently, criticizing the Chicago Teachers Union over the recent strike there.

Scoops & Analysis Bernard Vaughan - 25 September 2012
Seven Mile Capital Partners is close to selling a portfolio company for the first time under its new banner, which could help it as it seeks to raise its first independent fund. 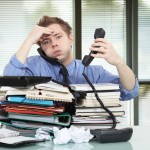 GTCR Sweats Out A Win With Landmark Aviation

Scoops & Analysis Bernard Vaughan - 14 September 2012
GTCR LLC has agreed to sell Landmark Aviation to The Carlyle Group for $625 million, which would generate a modest return.

Scoops & Analysis Bernard Vaughan - 14 September 2012
Court Square Capital Partners has raised more than $2.2 billion in commitments for its third fund, which it will likely finish raising by the end of the year.

Scoops & Analysis Bernard Vaughan - 11 September 2012
TorQuest Partners Inc. has raised more than C$400 million ($405.7 million) for its third fund, Buyouts reported recently, citing a source close to the fundraising effort.   The Toronto-based firm is seeking to raise C$550 million, which is the same amount it raised for its previous fund in 2006. Previous investors have included MassPRIM, Kensington […]

Scoops & Analysis Bernard Vaughan - 31 August 2012
Siris Capital Group expects to close its debut fund at $600 million around Thanksgiving, $200 million more than its target, Buyouts reported yesterday, citing a source. The firm has raised $370 million so far and is expecting another close in September that would take it to as much as $450 million, which would exceed its […]

Scoops & Analysis Bernard Vaughan - 28 August 2012
Standard & Poor’s suggested on Aug. 28 that two Golden Gate Capital companies are facing some serious challenges.   In separate reports, the ratings agency revised its outlook on California Pizza Kitchen Inc. to negative from stable and lowered its corporate credit rating on Aspect Software Inc. to ‘B-‘ from ‘B,’ with a negative outlook. […] 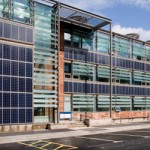