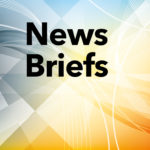 Consumer research platform Potloc nabs $13 mln in Series A round

News Briefs Kirk Falconer - 14 November 2019
Potloc, a Montréal-based provider of consumer intelligence, has raised more than $13 million in a Series A financing. The round, which brings total funding to $17 million, was led by Brightspark Ventures and Investissement Québec and joined by Fonds Ecofuel, Cap Horn and Desjardins Capital​. Founded in 2014 by CEO Rodolphe Barrerre, COO Louis Delaoustre and CTO Jérémy Lagrue, Potloc will use the funds raised for new hires, entering new markets, including the U.S., U.K. and elsewhere in Europe, and developing artificial-intelligence capabilities.

News Briefs Kirk Falconer - 5 November 2019
Mylo, a Montréal-based automated savings and investment app, has secured $10 million in financing, bringing its total funding to $14 million. The latest round was led by NAventures, the venture capital arm of National Bank of Canada. It was joined by existing investors Desjardins Capital, Ferst Capital Partners and Tactico. Launched in 2015 by CEO Philip Barrar, Mylo will use the proceeds for product innovation, new hires, continued growth in Canada, and expansion internationally.

News Briefs Kirk Falconer - 17 October 2019
Flare Systems, a Montréal-based dark-net intelligence platform focused on helping financial institutions prevent cyber-crimes, has raised $1 million in a seed-stage financing. The round was led by Luge Capital, a Canadian fintech venture capital firm. Also participating was White Star Capital. Founded in 2017, Flare Systems will use the round's proceeds to expand its roll-out in Canada and the United States, and further develop its suite of products. Luge last year raised an initial $75 million for its inaugural fund.

PE Deals Kirk Falconer - 15 October 2019
TPG Capital raised $14.2 billion in the final close of its eighth flagship fund and a sidecar vehicle focused on healthcare investing, two people with knowledge of the matter told Buyouts. The private equity firm, based in Fort Worth, Texas, and San Francisco, recently wrapped up TPG Partners VIII at $11.5 billion, the people said, […]

News Briefs Kirk Falconer - 9 October 2019
The Sacramento Municipal Utility District (SMUD) is looking to raise a venture capital fund to back startups developing mobility technology, according to a report by the Sacramento Business Journal. The fund is targeting US$100 million, the report said, mostly from corporate investors, such as automotive and technology companies. EnerTech Capital, a Toronto-based energy technology venture capital firm, will manage the fund.
1234...318Page 3 of 318