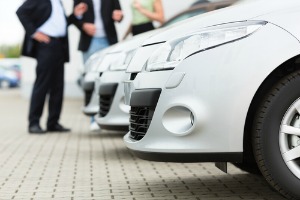 Buyout firms eyeing growth opportunities have delved into the automotive sector in recent months, betting that the industry will continue to rebound from its near-death experience in the financial crisis.

American Securities, The Carlyle Group, Madison Dearborn Partners, and TPG Capital are amount those investing in a sector dominated during the downturn by turnaround firms like KPS Capital Partners and Sun Capital Partners.

Strategies being pursued include growth-oriented acquisitions of corporate orphans, of assets emerging from bankruptcy, and of former turnaround subjects revitalized by distressed investors. Other buyout shops are acquiring companies that provide a unique technology to the industry. It’s a market that lenders like right now. They’re getting behind dividend recapitalizations and offering sponsors total leverage in the 6x EBITDA neighborhood for companies in the steadier aftermarket and around 3.5x EBITDA for targets serving the more cyclical vehicle manufacturers.

The rise in deal activity is already generating attractive exit opportunities for turnaround firms that got in early; it’s also giving a lift to investment bankers and other deal brokers that make automotive a specialty.

“If you look at the sector as being in a strong turnaround, and providing excellent cash flow, compounded with the availability of lending, you’re seeing some non-typical sponsors saying, ‘This is a sector we can’t really ignore anymore,’” said Steve Hughes, a managing director in the industrials group of investment bank Houlihan Lokey.

Behind sponsor interest lies the rebound in the industry.

From January through September, North American companies produced more than 11.9 million vehicles (including cars and trucks), an almost 20 percent increase over the more than 9.9 million produced in the same period in 2011, according to WardsAuto, an information resource for the auto industry.

U.S.-based sponsors closed 20 auto-related acquisitions around the world in 2011, up from nine in 2010 and just seven in 2009; they’ve closed 14 this year as of October 10, according to data from Thomson Reuters, publisher of Buyouts.

“The auto supplier industry has structurally changed by an enormous magnitude,” said Michael Psaros, managing partner of KPS Capital, which continues to be active in the sector. “Many auto supply companies failed, and essentially the supply and demand was brought back into equilibrium coming out the back-end of recession. If you talk to big auto companies today, their concerns are the ability of the supply base to supply the industry if production approaches 15 million to 17 million units again.”

This story is an abridged version of copy that originally ran at Buyouts.

Bernard Vaughan is a senior editor at Buyouts Magazine. He tweets @BVaughanReuters.