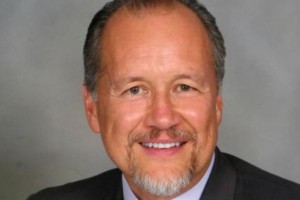 The auto parts business has always been a capital-driven industry. Especially today, as suppliers are required to make big investments, with the push into new markets, the race to develop cutting-edge products and supply chains running close to capacity.

Many parts makers are seeking newer sources of capital to fund their growth. In addition to private equity sources, they are exploring innovative partnerships and venture capital investments, as well as more traditional funding sources, such as mergers, recapitalizations and cash injections from strategically-minded investors.

Late last year, for instance, the state of Michigan, with a group of wealthy investors, launched a $147.5-million private equity fund to attract and help smaller auto suppliers.

Some of the impetus to find new money stems from the anticipation of what may be the first in a long series of interest rates hikes by the Federal Reserve. This may appear to be an ideal time to sell bonds, with yields close to historic lows, but weighing down a balance sheet with additional debt is anathema to conservative executives and investors – particularly after many narrowly averted bankruptcy following the financial crisis.

Parts suppliers, who survived by staying lean and shying away from adding capacity during and immediately after the recession, are also now racing to keep up with OEMs’ new vehicle launches and resulting production increases. Large Tier 1 manufacturers already feel the pressure, and sub-tier suppliers likely will feel the need to expand soon.

Globalization has its costs, too. Major automakers are establishing or expanding operations in Mexico, in particular, which pushes suppliers to follow. Relocating near new assembly plants requires capital for factories, equipment, labor and retooling. Then there are potentially complicating issues such as currency volatility, hedging cost, profit repatriation and taxes.

Weight loss, in particular, has become a priority, as new materials technologies, such as high-strength structural steel frames and lightweight aluminum bodies, are being implemented in vehicle manufacturing. Consider the Ford’s new F-150. The production changes required to use aluminum instead of steel run wall-to-wall on the factory floor, which required Ford and its suppliers to retool their entire production process. Measurements, instruments and analytics also are popular technologies in the auto parts space. Peloton Technology, a safety and fuel system developer for truck fleets, recently received $16 million in venture capital from a group co-led by Intel Capital.

Internet-based technology is attracting investment, which is not surprising. In March, PartsTrader, an online platform of 8,000 repair shops, secured a $30 million investment from a group of new shareholders including Milford Active Growth Fund and the Accident Compensation Corporation. The Chicago-based company’s management team and an existing shareholder, Todd Technologies Ltd. of New Zealand, a private equity investor, also kicked in some funds.

To be sure, private equity deals in the auto parts sector will continue to make headlines; Bain Capital has agreed to buy TI Automotive, a nearly 100-year-old auto parts maker, and the Blackstone Group last year paid $5.4 billion for the Gates Corporation, a maker of industrial and automotive parts.

Mergers and acquisitions in the automotive parts world will likely continue apace, too. In May, auto safety parts maker TRW Automotive was acquired by the German auto parts maker ZF Friedrichshafen for $13.5 billion.

In many cases, mergers involve strategic moves by a larger company that may lack flexibility, but has an advantageous location and deep capital resources, joining forces with a smaller company that’s more nimble and has some specialized, usually technological, knowledge.

Technology is always changing, however, and auto parts makers need to keep an eye out for what the next wave of changes in 2020 and beyond may bring.
That should keep investors focused on the auto sector, too.