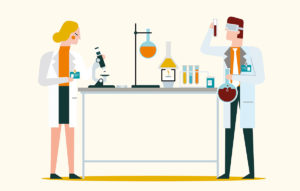 Avista Capital Partners is gearing up for a sale of United BioSource Corporation, the provider of pharmaceutical support services it carved out from Express Scripts over three years ago, three people familiar with the matter told PE Hub.

While a process has not yet launched, Jefferies has been mandated for sell-side financial advice, the sources said. Significant sponsor interest is anticipated.

Founded in 2003, UBC provides a range of outsourced pharmaceutical and patient support services for biopharma companies during late stage research.

This patient support piece – applied at the tail-end of the pharma commercialization process – ought to draw attention from sponsors participating in the recent limited process for CareMetx, a pure play hub services business focused on specialty medications for complex patients, one source said. Few actionable assets in the hub services arena exist today, this person said.

In January, Vistria Group sold a majority stake in CareMetx to General Atlantic, generating an approximately 4.8x return on its initial investment, a source with knowledge of the matter told PE Hub. The deal commanded more than 20x forward EBITDA, another source added.

Sources said another comp could include Precision Medical Group, which encompasses both a CRO and health economics business that applies data-driven and real-world evidence to improve successful product launches. Blackstone Group bought Precision for an enterprise value of around $2.4 billion last year, translating to more than 20x EBITDA, PE Hub wrote.

Avista, a healthcare-focused private equity firm, has owned UBC since late 2017, when it struck a deal to carve out the business from Express Scripts, a publicly-traded pharmacy benefit management organization.

Avista, for its part, has deep investment experience in outsourced services to pharmaceutical and medical device companies.

The firm in late March struck a majority investment in eMolecules, a San Diego tech-enabled provider of hard-to-find research and development chemicals and biologics. The company through its e-procurement platform connects biotech and pharma scientists with sophisticated reagents not offered by the usual commodity suppliers – enabling a quicker pace of early-stage drug development.

Past outsourcing investments include Charles River, ConvaTec, INC Research, MPI Research and BioReliance, while other existing portfolio companies include GCM.

For Avista, eMolecules is set to mark the fifth platform investment to close out of Fund V, its second healthcare-exclusive vehicle.

Fund V closed in late February at $1.2 billion, exceeding its target by 55 percent after benefiting from “substantial excess demand,” affiliate title Buyouts reported. Accounting for eMolecules and its pending investment in French drugmaker Cooper, which it is buying alongside CVC Capital Partners, the fund will be 50 percent deployed, PE Hub recently wrote.

Avista and Jefferies declined to comment. The company did not immediately return PE Hub‘s request for comment.