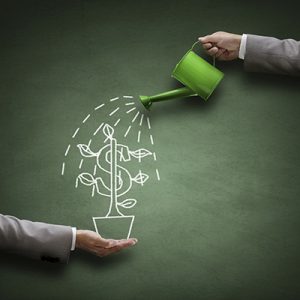 Marking another successful healthcare investment for Avista Capital Partners, the New York firm is poised to produce an approximately 3.7x gross multiple of invested capital with the sale of Arcadia Consumer Healthcare, according to an LP letter.

Just over three years into its investment, the healthcare specialist firm has clinched a deal to sell the branded consumer healthcare products platform to Bansk Group, according to the document. The transaction is expected to close by mid-September.

With the exit, Avista Fund IV is poised to realize a 62 percent gross IRR on Arcadia, according to the letter. Accounting for the Arcadia proceeds, the firm’s fourth buyout fund will have returned approximately $1.4 billion to investors and generated a 2.5x gross MOIC, as of June 30, 2021, the letter states.

Avista’s investment in Arcadia dates to May 2018, when the firm, alongside Dana Holdings, acquired Arcadia’s predecessor, Kramer Laboratories. At the time, the platform’s umbrella of brands and products included highly efficacious over-the-counter foot care and specialty cough treatments.

M&A has supported its strategic growth playbook, completing deals over the last three-plus years for Nizoral®, Kaopectate® and Naturelo. In October it bought Naturelo, expanding  into the fast-growing universe of nutritional supplements, marking its second buy of the year after acquiring the US rights to the Kaopectate brand from Sanofi.

For Avista, which was founded in 2005 as a spinout from DLJ Merchant Banking, Arcadia will represent the third full exit from its $775 million Avista IV, a 2016 vintage year fund.

The first exit was MPI Research, which it exited in 2018, generating a 3x gross MOIC, according to the LP letter. Charles River Laboratories International acquired MPI Research, a provider of testing services for biopharmaceutical and medical devices, for about $800 million in cash that year.

Avista IV’s second full exit was Organogenesis, a regenerative medicine company, which it fully exited in May 2021. The fund scored a 3.4x gross MOIC on Organogenesis, the letter states.

In January, Avista announced the sale of a minority interest to Capital Constellation, an institutional joint venture advised by Wafra Group.

Correction: This report has been updated to correctly state that Avista Fund IV closed on $775 million.