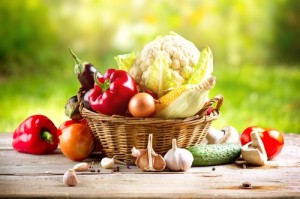 Sun Select Produce LP has raised C$7 million in financing. Avrio Capital led the round with participation from several investors. Based in Delta, British Columbia, Sun Select is a producer and exporter of hothouse vegetables throughout North America. Update: Proceeds of the investment will facilitate the company’s next stage of growth in Tehachapi, California. Avrio, a Canadian venture capital firm, invests in commercialization and growth-stage agriculture and food technology enterprises.

CALGARY, Oct. 7, 2013 /PRNewswire/ – Sun Select Produce LP (the “Company” or “SunSelect”) is pleased to announce the closing of its financing to facilitate its next stage of growth in Tehachapi, California. Based in Delta, British Columbia, the Company is a leading producer and exporter of hothouse vegetables throughout North America, and is proudly certified climate friendly. The financing was led by Avrio Capital, which has committed $7M CDN, alongside several institutional, strategic and high net worth investors.

“The overall philosophy and approach to production of vegetables squares perfectly with Avrio’s investment focus on health, wellness and sustainability. Canada has a very natural competitive advantage in this sector and we’re thrilled to be backing a best in class management team in a strategy that is core to the Avrio investment approach,” said Aki Georgacacos, a senior managing director at Avrio.

“We are pleased to have brought a seasoned investor with a demonstrated track record in the space. The folks at Avrio very clearly share the core values that we have operated under since 1985 and we are pleased to have them on board as a financial partner to assist us in facilitating our growth,” said Reinhold Krahn, Director of SunSelect.

About Sun Select Produce LP
SunSelect is one of the founders of the greenhouse industry in Western Canada and has been in operation for over 25 years. SunSelect is one of the largest producers of greenhouse grown bell peppers in North America and has a strong industry reputation and leaders in the industry. The company currently operates two greenhouse facilities with 70 acres of greenhouses and 135 acres of land located in Aldergrove and Delta, British Columbia and is managed by a team with over 100 years of collective greenhouse growing and management experience. www.sunselect.ca.

About Avrio Capital Inc.
Avrio Ventures is a venture capital firm that supports the development of Canadian commercialization and growth stage agriculture and food technology companies into world-class organizations. www.avriocapital.com