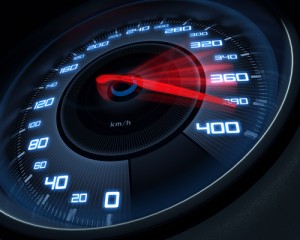 While the Global Financial Crisis marked a period of change in the private equity industry, a recent study suggests evolution will accelerate in coming years.

In response to changing demand, firms will be forced to restructure business models and approaches, according to the 44-page study, produced by London Business School’s Coller Institute of Private Equity with support from Adveq.

“The report lays down a clear challenge to the private equity industry to adapt and innovate in order to effectively compete,” Sven Lidén, managing director and CEO of Adveq, said in a prepared statement.

The study, called “The Shifting Business Model of Private Equity: Evolution, Revolution and Trench Warfare,” was written by Michael G. Jacobides and Jason Saavedra. They surveyed more than 70 organizations operating in the private equity market including GPs, LPs, regulators and non-governmental organizations.

The major inflection points for change in the industry most often cited by interviewees included co-investment; direct investment; separately managed accounts; the evolution of terms, fees and conditions; and the emergence of new players from the investment advisory world.

Direct investment stands out as the “most extreme case” of change in private equity, with the investor taking complete responsibility for owning and managing the capital and the investment process to avoid paying GP fees.

“Bypassing external managers may allow a sophisticated LP to avoid GP fees, but it is far from free,” the study said. “The LP must pay to attract and retain the requisite level of talent and the related support systems needed to own and manage assets and companies over the long-term.”

The trend gained traction with large LPs such as GIC and Temasek, which have led the acquisition of more than $15 billion in deals since 2013. GIC and Temasek alone made more than 60 investments in 2014. Most of the activity has been limited to five mega-LPs, with another five large LPs playing a role.

Overall, LPs’ push to reduce costs, along with regulatory changes, may impact GPs and LPs in three ways: