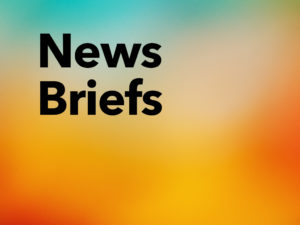 “Our firm has experienced a tremendous amount of growth since Stephen joined BSC in 2016. While partly a result of Stephen’s success as a banker, this growth is also attributable to the superior leadership he has provided the firm throughout this period. Under Stephen’s continued guidance, I am confident we will continue to grow our platform and provide excellent results to our clients,” said Co-Founder and Managing Director Jeff Bailey.

For the past several years, Stephen Scott has led the firm’s healthcare services sector, including physician practices, behavioral healthcare, and facilities and alternate sites. He has nearly 25 years of healthcare and middle-market investment banking experience and has been involved in deals worth over $3 billion in transaction value.

“I am excited to join the executive team alongside Jeff and Jack,” said Partner and Managing Director Stephen Scott. “We have amassed a group of accomplished and talented bankers, and I couldn’t be more proud of our culture and the firm we have built.”

In addition, the firm is announcing the promotions of Chris Russell and Dan Ward. “It is a great pleasure to announce these well-earned promotions,” said Jack Bailey, Co-Founder and Managing Director. “Our firm’s success depends on our team members’ depth and breadth of talent. Both Chris and Dan have significant execution experience and have been integral to our firm.”

Chris Russell has been promoted to Vice President from Associate. Over the past four years, Chris has worked on numerous M&A transactions within the healthcare technology, healthcare services, and payor services sectors. Before joining Bailey Southwell in 2016, Chris was a Manager in PricewaterhouseCoopers’s financial due diligence practice. Prior to that, he was a Senior Associate at EY.

Dan Ward has been promoted to Vice President from Associate. Dan began his investment banking career at Bailey Southwell in 2015 as an analyst. He is an integral member of the firm’s payor services sector.

Before joining Bailey Southwell, Dan was a portfolio administrator at South Texas Money Management, a regional asset manager with $3 billion in assets under management.