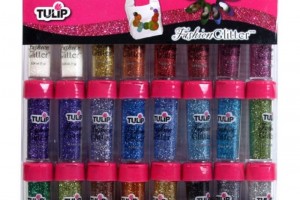 The Blackstone Group and Bain Capital may finally get to exit Michaels Stores after nearly eight years.

Blackstone and Bain took Michaels, an arts and crafts retailer, private in October 2006 for $6 billion. The sponsors invested roughly $1.7 billion equity as part of the deal, according to SEC filings from that time. The PE firms owned 93.3 percent of Michaels before the IPO while Highfields Capital Management had 6.2 percent.

With equal stakes in Michaels, Bain and Blackstone apparently put in a little more than $800 million each.

Bain’s investment came from its ninth fund, which closed at $10 billion in 2006. The fund is generating a 7.7 percent net IRR as of Sept. 30, the Regents of the University of California said. Blackstone, meanwhile, used its mammoth $21.7 billion fifth fund to invest in Michaels, SEC filings show. Blackstone Fund V is producing a 5.67 percent net IRR as of Dec. 31, the Public Employees Retirement System of Idaho said.

Michaels is a specialty retailer geared towards crafters and sells items such as beads, stickers and paints. Last year, the company posted $4.6 billion in sales. Michaels actually filed to go public two years ago but delayed the offering after its CEO suffered a stroke. Other Bain-owned retailers, including Burlington Coat Factory and Dollarama, have fared well in the public markets.

Debt remains substantial at Michaels since the 2006 take-private. Before its sale to Bain and Blackstone, the retailer had $588.2 million in liabilities in fiscal 2005, according to an annual report filed in March 2006.

After the sale to Bain and Blackstone, Michaels’ liabilities ballooned to $4.6 billion in 2006 while long-term debt stood at roughly $3.7 billion that year, a 10K filed in May 2007 indicated. That appears to have remained the case. Michaels reported long-term debt of $3.7 billion in fiscal 2013, while total liabilities were $4.6 billion, according to a June S-1 regulatory filing.

Amazingly, Michaels has paid out only one dividend since the 2006 buyout. The company issued $800 million in notes in 2013 that it used to fund a distribution to its owners, the S-1 said. Of the $800 million, nearly all, or roughly $714 million, went to the sponsors. Another $49 million was paid to Michaels’ non-management equity holders.

Bain and Blackstone, which own 93 percent of Michaels, look to have received $665.4 million from the dividend (or $332.7 million each). Highfields appears to have gotten roughly $44.3 million.

Bain, Blackstone and Highfields are not selling shares in the Michaels IPO. Instead, Bain and Blackstone are selling a nominal amount—each is offering 1,953,540 shares—of stock in the greenshoe overallotment option. Highfields is offering 259,587 shares.

At $18 a share, the mid-point of the IPO range, Michaels could raise $498.6 million. Bain and Blackstone stand to make roughly $35.2 million if the greenshoe is exercised, while Highfields could see about $4.7 million.

Bain and Blackstone’s holding in Michaels will each fall to 79.5 million shares, or 39.1 percent, after the IPO and the greenshoe. Their stakes each will be valued at $1.4 billion. Highfield also will see its stake fall, to about 10.6 million, or 5.2 percent, which would be valued at roughly $190.2 million.

Bain and Blackstone, including paper gains and dividends ($1.4 billion plus $332.7 million and $35.2 million), stand to each receive a total of $1.8 billion. The PE firms will have made about 2.2x their money.