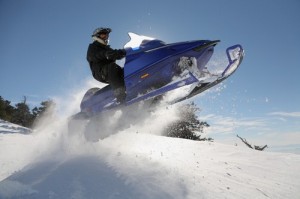 Bain Capital and the Caisse de dépôt et placement du Québec have agreed to dispose of a portion of their holdings in Valcourt, Québec-based Bombardier Recreational Products Inc (BRP, TSX: DOO). Through a secondary offering, Bain and the Caisse will sell 8 million subordinate voting shares of the company for around $222.8 million. BRP, which develops, manufactures and distributes power-sports vehicles, was acquired in 2003 by Bain, the Caisse and members of the Bombardier family. The company completed an initial public offering on the Toronto Stock Exchange in May 2013.

The net proceeds of the offering will be paid directly to Bain and CDPQ. The Company will not receive any proceeds from the offering.

The Subordinate Voting Shares will be offered by way of a short form prospectus in all of the provinces and territories of Canada and may also be offered by way of private placement in the United States. This press release does not constitute an offer to sell or a solicitation of an offer to buy any securities of the Company in any jurisdiction in which such offer, solicitation or sale would be unlawful. The securities being offered have not been and will not be registered under the U.S. Securities Act of 1933, as amended, and may not be offered or sold in the United States absent registration or an applicable exemption from the registration requirements of the U.S. Securities Act of 1933 and other applicable securities laws.

Forward-Looking Statements
Certain statements in this press release, including statements relating to the use of proceeds of the offering, the closing date of the offering, the exercise of the over-allotment and the use of proceeds thereof constitute forward-looking statements. The words “scheduled”, “may”, “will”, “would”, “should”, “could”, “expects”, “plans”, “intends”, “trends”, “indications”, “anticipates”, “believes”, “estimates”, “predicts”, “likely” or “potential” or the negative or other variations of these words or other comparable words or phrases, are intended to identify forward-looking statements.