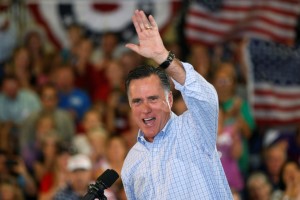 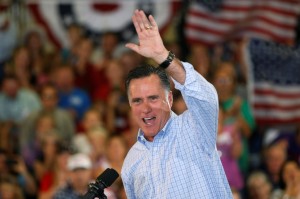 These results are more impressive than those previously reported by the Wall Street Journal. That story, partly based on data from 2000, said Bain invested $1.1 billion and produced gains of $2.5 billion, for a multiple of 2.27x.

The new information obtained by peHUB is from a presentation Bain made to investors in 2011 and based on data from September 2010. A source with a copy of the presentation allowed peHUB to view the document. Another source with direct knowledge of Bain’s funds confirmed the accuracy of the numbers. Both sources asked to remain anonymous.

UPDATE: Some PE sources say it isn’t fair to credit Romney with the success of two Bain funds raised in 1998 because they were likely invested after he left in February 1999 to run the Salt Lake City Olympics. Excluding those two funds results in an even bigger return for the funds invested under Romney. Bain raised five funds totaling just over $1 billion from 1984 to 1995. Those funds invested a combined $909.1 million in 115 companies and realized gains of $4.17 billion, a return of 4.59x, according to the Bain presentation.

The Bain presentation shows that the private equity firm invested in roughly 150 companies from 1984 to 1999 through seven funds, including a co-investment fund. The gross profit of $4.8 billion from those investments doesn’t include carried interest and annual management fees – typically 20% and 2%, respectively – paid to Bain’s general partners. But even when you factor those in, “these returns are outstanding,” says one private equity executive who asked not to be named.

A spokesperson for Bain said the firm had no comment for this story.

The particulars for each of the seven funds are as follows. All of the data are from the Bain presentation viewed by peHUB, except as noted. The multiples listed include unrealized gains.

Now a private equity firm, Bain’s first fund was actually a late stage venture fund, according to a private equity database managed by Thomson Reuters (publisher of peHUB). Fund I invested in 21 companies, according to a Bain private placement memo from 2000. Notable deals include Sports Authority, Burlington Industries and Staples, according to Thomson Reuters. Of the firm’s early pools, Bain Capital Fund I produced the most flops. Several of the companies it backed are “defunct,” including Far West Federal Bank, a Portland savings and loan that was seized by federal regulators in 1991, Thomson Reuters reports.

Even with the flops, Fund I did very well. The internal rate of return (IRR) for Bain’s debut fund was more than 11 times greater than the average and median IRR for U.S. venture funds started in 1984 (based on a sample size of 58 venture funds), according to the Thomson Reuters’ PE database. The average IRR for vintage 1984 VC funds was 5.36% and the median was 5.03%, as of March 31.

With a net IRR of 37.6%, fund II easily outperformed typical U.S. buyout funds of the same vintage. Based on a sample of 24 U.S.-based buyout funds raised in 1987, the average IRR was 8.48% and the median IRR was 9.2%, according to Thomson Reuters.

Buyout-focused fund IV invested in 28 companies, including Icon Health & Fitness, Totes Isotoners and Small Fry Snack Foods, with Icon Health and Totes going public, according to the 2000 PPM and Thomson Reuters. Along with its successes, fund IV also made one of Bain’s most controversial investments. In 1993, Bain invested $24.5 million in GS Technology, a Kansas City steel mill that was later renamed GS Industries, the Bain PPM says. Bain easily made back its investment when it received a $36.1 million dividend in 1994, Reuters has reported, implying that Bain made close to $12 million in profit. (Bain officials told the The Boston Globe in June that the profit from the GS deal was $8 million.) GS Industries ended up filing for bankruptcy in February 2001, causing some 750 people to lose their jobs. Also, the federal government provided $44 million to bail out the company’s underfunded pension plan.

Fund VI heralded changes for Boston-based Bain. The buyout fund is reportedly the last one that Romney was involved with before he left in February 1999 to lead the Salt Lake City Olympics. In addition to fund VI, Bain also raised a co-investment buyout fund in 1998. The primary pool invested in 36 companies, of which just one, Aexis Telecom, is “defunct,” according to Thomson Reuters.

Like their predecessors, fund VI and the co-investment vehicle produced better IRRs (13.8% and 15%, respectively) than the typical U.S. buyout fund raised in 1998. Based on a sample size of 57 U.S. buyout funds, vintage 1998 buyout funds had an average IRR of 5.01% and a median IRR of 4.56%, according to Thomson Reuters.

After Romney left to run the Olympics, Bain returned to the market to raise its seventh fund. Romney was not listed as a Bain executive in the PPM for Fund VII, says a person familiar with the PPM. The pool ended up collecting $2.5 billion in 2000. The fund made roughly a dozen investments, including its buyout of Datek Online Holdings, according to Thomson Reuters. As of September 2010, fund VII realized a gain of $5.35 billion from investments totaling $2.17 billion, generating a return of 2.7x and an IRR of 19.9%, according to the Bain presentation.

Sources noted that since funds VI and VII were not fully invested as of September 2010, the returns likely have changed since then.