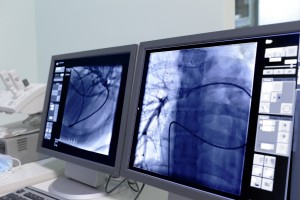 (Reuters) – Bain Capital LLC, Carlyle Group LP and Thomas H. Lee Partners LP are among the private equity firms competing for Carestream Health Inc, a medical imaging systems provider that its owner Onex Corp. hopes to sell for as much as $3.5 billion, according to people familiar with the matter.

Hellman & Friedman LLC and KKR & Co LP are also bidding in the auction of Carestream, the people said this week on condition of anonymity because details of the sale process are confidential.

The process is now past the first round of bids and Carestream’s management is having meetings with potential private equity buyers, the people added.

Carestream, Onex and Bain did not respond to requests for comment. Carlyle, Thomas H. Lee, Hellman & Friedman and KKR declined to comment.

Large private equity deals in U.S. healthcare have been few and far between as so-called reimbursement risk – the exposure of companies to government programs or public sector spending – has reduced the appeal of possible targets.

Buyout firms are also vying for Life Technologies Corp., a genetic testing company that has attracted interest from other companies in the healthcare sector, making the process very competitive for private equity.

Canada’s Onex, a private equity firm that manages about $15 billion in assets, bought Carestream for $2.35 billion in 2007 at a relatively low valuation multiple of below five times earnings before interest, tax, depreciation and amortization (EBITDA), one of the people said.

This has fanned hopes among some private equity firms that they can now buy Carestream from Onex for as low as six times EBITDA, even though Onex is hoping to sell it for as much as eight times, the other people said.

Some buyout firms value Carestream as low as $2.7 billion while Onex is hoping to fetch as much as $3.5 billion, they added.

Carestream had annual EBITDA of $429 million and net debt of $1.5 billion as of December 31, according to Onex’s latest financial earnings statement. Onex and its funds collectively own 93 percent of Carestream.

The company is in the process of transitioning into digital imaging, which accounted for less than a quarter of its business when Onex bought it but today is almost 50 percent, one of the people said. A new private equity owner would have scope to push revenues from digital imaging to as high as 75 percent, making it more lucrative, the person added.