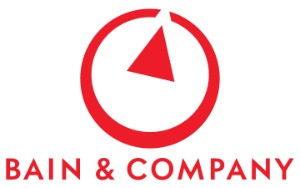 On Monday, Bain & Co. released its 2012 Global Private Equity report, and peHUB was provided a copy. We’re publishing a brief summary of the report, which can also be found by subscribing to the peHUB Wire.

Bain of Your Existence: There are no two ways about it—the Bain & Co. Global PE Report doesn’t paint a happy little cloud over lower-middle market and middle market PE. Last decade’s mega-deals are unlikely to return any time soon, cramming large cap players into an already crowded middle market with a big overhang, especially in the US. Exit activity—one set of quarterly data showed exits were hitting highs not seen since ’07—fell off at the end of the year. Fundraising was buoyed by LPs who were made optimistic by strong early ’11 returns, but this only served to benefit a select number of out-performers. The Bain report used the term “exit overhang,” which I think sounds like something that has the potential to turn into an “exit hangover” awful quick. Hugh MacArthur, head of Bain & Co’s private equity consulting practice, said he anticipates GPs will feel the pressure to deal assets soon–if not now. LPs mostly say they’re not looking to allocate a whole lot more to private equity, either. The fundraising environment is expected to be fiercely competitive. And global buyout deal volume is a long way away from what it used to once be.

I Get By with a Little Help from My Friends: The report still offers some respite for PE pros. Sponsor-to-sponsor deals—possibly, in part driven by a need to deploy $400 billion in North America alone—were strong in volume for ’11, the report said, and this is expected to continue. Add-on deals are a much bigger part of the LBO business than they were five years ago as operationally-focused PE shops are making the most of limited debt availability—and even that improved year-over-year! In the US, the average leverage multiple increased last year over 2010 (slightly). And, at the end of the day, LPs acknowledge that private equity is one of the stronger-performing asset classes (broadly speaking) in which they invest.

The Extra Point: The Bain report broke down dry powder by PE asset class—that is, distressed, LBO, VC, etc.—and future factors worth tracking will be how quickly VCs replace invested capital with fresh LP commitments (provided they can secure them) as well as the pace at which distressed funds deploy capital in the event of another downturn, in North America or abroad.