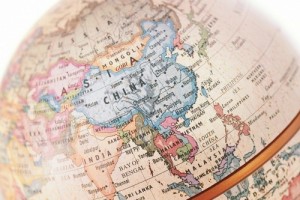 Bain Capital is kicking in a meaty commitment to its recently launched Asia fund, which is in keeping with the firm’s tradition of GP commitments well above market standard.

Bain will commit a minimum of $250 million to Bain Capital Asia Fund III LP, which has a target of $2.5 billion, according to a fundraising document seen byBuyouts. The firm expects “a closing” in November, the document said. It’s not clear if that will be a first or final close.

If Bain hits its target, the GP commitment will stand at 10 percent, which is a standard size for Bain Capital. That contrasts with what most GPs commit to their funds.

Between 1 percent and 1.99 percent was the most common GP commitment level for funds in the 2013 and 2014 vintage, according to a Preqin study. That number has been moving up. Preqin found nearly one-fifth of private equity funds raised last year had GP commitments between 2 percent and 2.99 percent.

It’s not clear if Bain will make the GP commitment for the new Asia fund with cash or through management fee waivers. LPs prefer the general partnership to make its commitment in cash.

“We continue to believe Asia is a dynamic and attractive region for our own capital, and an important strategic focus for our firm,” Bain said in the document.

Bain raised $2.3 billion for its second Asia fund in 2012. Around $300 million of that came from Bain executives, Reuters reported at the time. The firm raised its debut Asia fund in 2007, collecting $1 billion.

Fund II was generating a 13.10 percent IRR and a 1.12x multiple as of Sept. 30, 2014, according to performance information from alternative assets data provider Bison. The first fund was producing a 7.25 percent IRR for that same period, Bison said.

Bain opened its first office in Asia in 2005, according to its website. Since 2006, has made 34 investments in the Asia region, representing more than $6 billion of invested capital. The firm has realized more than $4.3 billion across the portfolio, the document said.