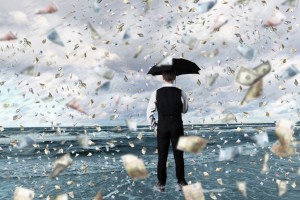 HCA Holdings continues to give back to its private equity owners.

Yesterday, Nashville, Tennessee-based HCA said shareholders–mainly Bain Capital and KKR–planned to sell 50 million shares in a secondary offering. At $37.22 a share, the last reported sale price, the offering could raise as much as $1.86 billion.

Bain and KKR own their shares in HCA via affiliate Hercules Holding II, according to an SEC filing.

Through Hercules, the PE firms and HCA founder Dr. Thomas Frist currently own 50.6% or 224.3 million shares, of the for-profit hospital chain, the SEC filing says. Their stake in HCA, after the secondary sale, will fall to about 174.3 million, or 39.3%. Bain and KKR each own 16.7% of HCA. They are each offloading roughly 23.9 million shares. Frist is not taking part in the secondary, the filing says.

Another secondary occurred in December. HCA shareholders offloaded about 32 million shares. Bain and KKR each sold 15 million shares, a regulatory filing says. Frist did not take part in the secondary. The maximum offer price, at that time, was $32.21 and the secondary was expected to raise $1.3 billion.

HCA’s ties to private equity date back to November 2006. At that time, an investor group comprised of Bain, KKR, Merrill Lynch Global Private Equity (now BAML Capital Partners), and affiliates of Frist acquired HCA for about $33 billion. The buyers invested $5.3 billion equity in the deal, according to SEC filings.

The consortium had already made back its investment in HCA before the recent two secondaries. HCA in 2012 paid out a $1 billion special dividend to shareholders. That’s on top of three other dividends in 2010 where HCA paid its shareholders $4.35 billion. This includes a distribution of $1.75 billion in Jan. 2010, another $500 million in May and about $2.1 billion in November.

HCA went public in February 2011, raising $3.79 billion. At the time, HCA was the largest PE-backed IPOs.

Correction: This story earlier contained a misspelling in the headline; KKR was referred to as KRR.