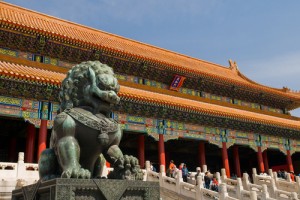 Bain Capital’s second Asia fund has raised $2 billion , according to an SEC filing.

Press reports had pegged the pool at collecting $2.3 billion in total, more than the amount listed in the Aug. 7 regulatory filing. However, Bain executives are expected to provide about $300 million, Reuters said.

One placement agent said the Bain execs may create a separate side-by-side vehicle for their GP commitment that will likely have different terms. “The SEC filing may only be for the main fund and not the side car,” the source says.

UPDATE: The target for Bain’s second Asia fund was always $2 billion, peHUB has learned. The $300 million contribution from Bain executives is being kept separate, I’m told. Bain’s commitment is also about 15% of the $2.3 bilion fund which is much higher than the average GP commitment of 2%-3%. Fundraising for the Asia fund II closed in July, I’m told.

The prior fund, Bain Capital Asia Fund L.P., raised $1 billion in 2007. That fund is reportedly all invested. The pool has generated a 6.7% IRR since inception, according to Sept. 30 data from CalSTRS.

This isn’t Bain’s only fund in the market. In June, the PE firm that has invested in Dunkin’ Brands began marketing for its latest mega PE fund, peHUB has learned. The target for Bain Capital Fund XI is $6 billion. Bain is also marketing for a $2 billion co-investment fund alongside fund XI. Access, as well as terms of the coinvestment fund, will be tied to the size of their commitment to the core fund, Reuters said.

(CORRECTION: Bain did not invest in Snapple or Orbitz, a spokeswoman says. The story has been changed to correct this error.)