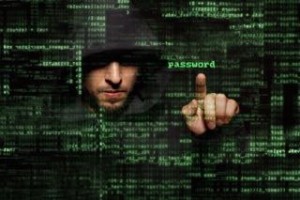 Bain Capital sees an IPO in the cards for cybersecurity company Blue Coat Systems Inc, according to a deal-maker for the marquee private equity firm.

“Our thesis is that cybersecurity is the place to be,” Humphrey said March 24 in his keynote presentation at the Buyouts East conference produced by Buyouts publisher Buyouts Insider. “Blue Coat is a leader in an important part of cybersecurity. We can partner with the company on the next leg of its journey to broaden its platform, do acquisitions and prepare it for being a public company down the road, which will create an attractive investing opportunity.”

Blue Coat was already publicly traded prior to Thoma Bravo’s take-private of the company in 2012 at a price of $1.3 billion.

Bain expects to complete its acquisition of Blue Coat in May, but it’s already working with management to “turn the company into something bigger,” Humphrey said.

Bain tapped capital from its North American and European funds for the deal, Humphrey said.

Overall, deal-making is moving along at a brisk pace for Bain Capital and others in the industry, he said. While the total value of buyouts by private equity firms totaled about $140 billion last year, it’s still far below the peak years of 2006 and 2007, he said.

“As far as activity level, it’s pretty substantial,” Humphrey said. “Prices are very full, especially for businesses that are stable and clean. We’re picking our spots. We’re trying to be very judicious on where we invest, in places where we can add to the conversation and create a business that can thrive and profit.”

A specialist in handling security threats to businesses, Blue Coat counts 80 percent of the Fortune 500 as customers as the manager of a global cloud security infrastructure.

Goldman Sachs served as financial adviser to Blue Coat, while Jefferies Finance LLC is providing the financing commitments for the deal.

In an update of Bain Capital’s 2013 acquisition of BMC Software for about $7 billion, Humphrey said the company’s overall software bookings are now growing at a healthy rate. BMC’s business was stagnating prior to Bain’s purchase of the company, he said. Bain Capital isn’t looking at any exit for BMC Software right now, he said.

Some of the mature companies in the IT space generate predictable revenue streams and behave almost like bond investments, with a predictable yield, Humphrey said.

(Correction: This story has been updated to fix an error in the description of a recovery in BMC Software’s business.)