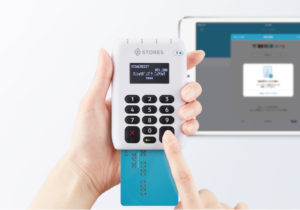 Bain Capital Tech Opportunities sees tremendous runway in cashless payments and e-commerce in the Japanese market, backing e-commerce and payments company hey as it looks to capture an acceleration in consumer demand.

The firm on Tuesday announced it led a Series E investment round for hey, with participation from PayPal Ventures, Goldman Sachs, YJ Capital, Anatole and existing investor World Innovation Lab.

“I think this is a pretty unique transaction from a platform advantage [standpoint],” Abrahamson said. “This investment was sourced and developed with our team in Japan, which is one of the largest PE teams on the ground in Japan.”

What’s interesting about the company is that it comprises two core technologies – a global point-of-sale business like Square, and an e-commerce platform service like Shopify, the investor said. But in the case of HEY, the e-commerce firm is focusing on small merchants.

“The vision is to bring those [services] together and offer an integrated commerce platform for merchants that spend time online, [allowing] them to track customers, and then to leverage that customer base to cross sell other parts of software,” the investor said.

According to Abrahamson, the lines between offline and online are blurring. Consider a local coffee shop, a store or a restaurant that were all once entirely offline. The covid-19 environment has forced businesses to go online in an effort to stay alive. For example, more restaurants are going online so that guests can make reservations.

Simply put, the economy is poised for much more integration between the online and offline worlds post-covid, and hey is uniquely positioned to capitalize on that, Abrahamson said.

The Japanese market is ready to start catching up to the rest of the world on cashless adoption, and the idea behind HEY plays well into that trend, the investor explained.

“Japan is a massive market, [the] third biggest consumer spending economy in the world,” Abrahamson said, “But for variety of reasons, cultural and otherwise, it is very far behind than the rest of the world in cashless payment and e-commerce.”

“We think we are at a bit of an inflection point: the younger population is much more comfortable with technology and doesn’t have the same mentality around cash that the older generation has,” he continued.

Bain has no immediate plans for additional M&A to bulk up hey’s platform. Instead, the firm plans to grow the company organically and develop certain software tools in-house, the investor said.

In the past twelve months, hey’s growth merchandise value – the core growth metric for the company – increased by 100 percent, the company said.