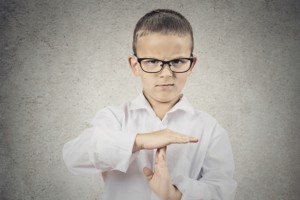 Bain Capital took advantage of the popularity of its third Asia fund, recently closed at its $3 billion hard cap, to limit what investors could put into side letters.

The firm has done this before with its Asia funds. That marks it as an outlier in an industry where the use of side letters has become routine and, according to some, burdensome for both general partners and LPs.

“Side letters have gotten out of control from an execution [and] from a practicality standpoint,” said a consultant who works with LPs.

In the case of Bain Capital’s third Asia fund, LPs could include side letters but only for absolutely necessary legal and regulatory provisions; many European investors, for example, demand exclusions from arms-related businesses.

Bain Capital worked to limit the addition of any other special terms in side letters, three people with knowledge of the fund said. It is not clear exactly what terms were off limits. Examples of common side letter terms include ones granting investors a first look at certain co-investment opportunities or provisions that give investors more time to fund a capital call. Side letters can also include special economic terms like fee breaks.

One alternative to limiting side letters would be to add provisions that investors want into limited partner agreements, according to an LP at an endowment. “There are important things that get picked up in a side letter that GPs for some reason don’t want to put in an LPA,” the endowment LP said.

Bain Capital was in a position to push back on side letters because Asia Fund III had heavy demand, giving the firm more negotiating leverage.

Sources said Bain Capital’s limiting of side letters is practically unheard of. About half (46.7 percent) of North American GPs said they sign side letter agreements with LPs granting them more favorable terms than other LPs in the fund, according to Buyouts Insider 2016/2017 PE/VC Partnership Agreements Study.

Many funds also include Most Favored Nation clauses, which let LPs review other side letters and in some cases receive the same terms. Most Favored Nation clauses can work in a variety of ways. Some GPs will grant MFN reviews to every LP in a fund, while others may allow MFN reviews based on size of commitment, according to Andrew Ahern, a partner at law firm Debevoise & Plimpton who works on fund formation.

The review process has become burdensome, according to several LPs. “It used to be that LPs got ‘special’, valuable terms in side letters but everyone learned to require MFN provisions so [the] impact was diminished,” the Bain Capital LP said. “It’s hard to manage an agreement with lots of different side letters, each with quirks, especially for GPs like Bain with lots of LPs.”

These days, more LPs are asking for more provisions to be included in side letters, Ahern said. “In the 10 years I’ve been practicing, it feels like the number of side letter provisions has doubled.”