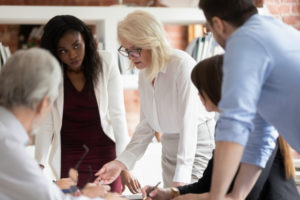 Confirming PE Hub’s Wednesday morning report, Clearlake Capital said this morning it has agreed to acquire nThrive’s Technology Division. The healthcare revenue cycle management SaaS provider provides solutions to more than 900 hospitals and health systems in North America, including 37 of the 40 largest healthcare providers in the country, the announcement said.

What to watch: Bain Capital is in the early stages of considering a sale or initial public offering of food hygiene and cleaning company Diversey, people familiar with the matter told Bloomberg. A deal could ultimately value the business at about $6 billion including debt, the people said.

The Boston buyout fund bought Diversey from Sealed Air for about $3.2 billion more than three-and-a-half years ago.

Goldman doubles down: Goldman Sachs closed its largest-ever secondary fund on $10.3 billion and has already invested around 20 percent of the pool despite the pandemic pause on deals earlier this year, Harold Hope, Goldman’s secondaries chief, told Bloomberg. Fund VIII eclipses Goldman’s prior secondaries pool that closed on just over $7 billion in 2017.

Goldman is one of the major secondary buyers driving the market these days for large, GP-led transactions that move assets out of older funds into continuation vehicles. These deals give GPs more time to manage and grow older assets, while allowing limited partners to cash out of their interests in older funds or roll with the GP.

Other firms dominating GP-led secondaries include Blackstone’s Strategic Partners, HarbourVest Partners and Intermediate Capital Group. Other large secondaries funds have been raised by the likes of Lexington Partners, which closed Fund IX in January on $14 billion, and Ardian, which closed its eighth secondary fund on $19 billion.

Secondary deals paused in the depths of the pandemic downturn in the spring. Volume picked up by mid-summer as more GPs sought secondary help to hold assets longer as exit timelines got pushed out because of the lockdown and subsequent downturn.

Spices: With Turkey Day nearing closer, it’s only fitting that we see some investment in spices. Shore Capital Partners said this morning that it has completed its recap of Old World Spices, a manufacturer of custom blended spices, seasonings, ingredients, dry food products, and sauces for the retail, foodservice, and industrial channels. Check out PE Hub’s brief.

The St. Helens, Oregon-based business designs, creates and distributes organic skincare products for entrepreneurs. “If you have an idea but need help realizing it, RainShadow would build formulations to your specifications,” the firm’s Michael