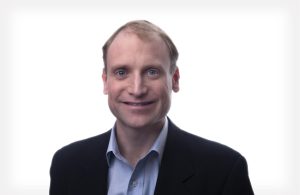 As Boston’s Bain Capital has illustrated on more than one occasion in recent months, a strategic angle has proved a key element as it emerged as the victorious bidder for healthcare software-as-a-service company ZirMed.

The recently announced marriage of Bain’s Navicure and ZirMed, backed by prominent VC firm Sequoia Capital, undoubtedly creates a threat to any other player focused on revenue-cycle-management for healthcare providers and organizations.

The combined entity after synergies will soon approach $100 million in EBITDA, while annual revenue will lie north of $300 million, sources familiar with the matter told Buyouts. Bain, through Navicure, is buying ZirMed in a transaction that values the latter at about $750 million, the sources said, confirming a Reuters report.

Bain Capital Managing Director David Humphrey declined comment on any financial aspect of the deal. But he said the combination was logical because both are cloud- and SaaS-oriented and both have a physician- and customer-centric approach to the market. He noted that both have grown at double-digit rates over their about 20 years of existence.

“We approached this as a strategic acquisition [of ZirMed], as opposed to a purely financial transaction,” Humphrey said in an interview. “That gave us all sorts of benefits in terms of really understanding the market and it also helped us to prevail.”

Indeed, Bain’s Navicure was one of three finalists in the William Blair & Co auction for ZirMed, which encompassed about 15 parties, one of the sources said.

The other finalists were Pamplona Capital Management and a large non-healthcare-technology company that one source said was not only looking to enter the healthcare sector but also found ZirMed’s link to Sequoia attractive.

Pamplona, which declined comment, owns nThrive, another RCM company. After completing its $2.7 billion acquisition of MedAssets in January 2016, Pamplona shed its clinical-resource-management unit to create a pure-play RCM provider. Pamplona fused the remainder of MedAssets with Precyse, another RCM business recently acquired by the PE firm.

While Bain’s Navicure was widely viewed as the most obvious partner for ZirMed, non-healthcare-tech suitors for ZirMed could have included players the likes of TransUnion, Oracle and Nuance Communications.

Besides Pamplona’s nThrive, sources in recent weeks have also suggested that TriZetto, a unit of Cognizant Technology Solutions, was another PE platform that took a look at ZirMed in the past.

Other notable RCM providers include Change Healthcare, which was created last year when McKesson‘s healthcare-IT unit combined with Blackstone-backed Change.

It was the unsolicited interest fielded from strategics and PE that drove Sequoia-backed ZirMed to ultimately launch a sales process earlier this year, Buyouts reported in May.

ZirMed, which sources said at the time was projecting adjusted pro-forma EBITDA north of $45 million for 2017, also considered a potential IPO.

As it relates to Bain Capital’s interest in ZirMed, Humphrey said the firm reached out to the company around the time the Navicure transaction closed in July 2016, but conversations ultimately got under way early this year.

“When we invested in Navicure, a part of our thesis was that the market was more fragmented than it ultimately should be,” Humphrey said. “Navicure and Zirmed have great technology, great reputations, and M&A was a meaningful part of our thesis.”

After ZirMed, there remain plenty of additional M&A possibilities that can fuel momentum, Humphrey said. “We think there’s a lot of opportunity.”

Bain, for its part, has a history of using creative and complex deal structures to drive strategic transactions.

The PE group in February struck a deal to buy J.H. Whitney Capital Partners’ PSA Healthcare and combine it with Epic Health Services, the even larger pediatric-home-health asset it had bought just weeks earlier.