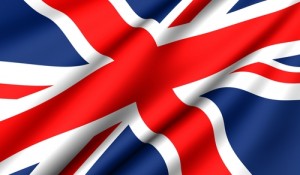 Balderton Capital, one of Europe’s largest venture capital groups, is in the market for a fifth fund, according to a just-published SEC Form D.

The regulatory filing does not include the total offering amount, but according to data from Thomson Reuters, publisher of peHUB, the fund has a target of about $400 million, which is roughly $30 million less than the firm’s fourth fund, raised in 2009. It has not held a first close on fund V yet.

PeHUB was unable to reach anyone at the firm’s London headquarters due to the time difference.

The new fund lists an address in Guernsey, one of the Channel Islands off of the coast of Normandy, France, a popular offshore finance center that is not part of the European Union.

Of the six partners and three principals that Balderton lists on its site, just one partner, Barry Maloney, is listed on the SEC filing as an executive officer of the new fund. Barry McClay and Andrew Carre, both employees of Ipes, a Guernsey- based private equity fund administrator, are also listed as executive officers of the fund.

Balderton — named after Balderton Street in the Mayfair area of London, where it’s located – has enjoyed a number of solid exits since parting ways with its former U.S. counterpart, Benchmark Capital, in 2007. (Previously, the firm had been called Benchmark Europe. Indeed, while the firm had raised $500 million in December 2006 under the name Benchmark Europe, that pool was later renamed Balderton I.)

By early 2009, for example, it had already made $140 million off the $850 million cash sale of social network Bebo to AOL in 2008. It also made what Maloney described to the Financial Times as a “substantial return” off its investment in MySQL, the maker of a popular open-source database program that was acquired by Sun Microsystems for $1 billion in 2008. (In 2009, Sun was acquired by Oracle.) As a result, the firm was able to assemble its fourth fund — which totaled £285 million ($430 million) — within two months, Maloney told the Financial Times.

The firm’s more recent big bets appear to be taking longer to exit, including Wonga, a controversial online financial startup that makes small, short-term cash advances to its customers and reportedly has been readying itself for an IPO in the U.S. for roughly a year. (It could fetch a valuation of $1 billion or more if it does, according to technology consultant Magister Advisors.) Balderton is also a major backer of The Hut Group, an 8-year-old, British online retailer that has been discussed as an IPO candidate for the last couple of years.

Balderton’s latest investments include QuBit, a New Delhi-based startup that raised a $7.5 million Series A investment led by Balderton last December. QuBit, whose customers include the BBC, is using the capital to develop its data collection and analysis products.

Some of the firm’s more current exits have included the online betting exchange Betfair, healthcare services provider Circle Holdings and consumer payments services company Payzone, all of which have gone public in recent years but seen their share prices fall subsequently. For example, shares in Betfair have lost nearly half of their value since the company’s  £1.4 billion ($2.15 billion) IPO in October 2010. According to an in-depth profile of Balderton in January by the British newspaper The Observer, the firm sold “little if any” of its stake in each of the companies when they went public.