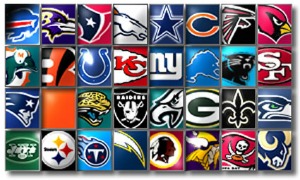 If it isn’t a strike, it’s a ‘rebuilding year’ with the prospect of losing all the way to the top of next year’s draft. This one-time surefire cash generator has become an increasingly dicey proposition, as teams struggle to fill stadiums and turn profits. At the Association for Corporate Growth’s M&A Sports Luncheon, where a number of attendees proudly wore New York Giants Super Bowl XLVI championship jerseys, the primary concern was this: Will the leagues continue to look fondly on financial sponsors as potential majority owners?

Teams in the NHL that teeter on the brink of going under are immediately besieged by Jim Balsillie. NBA team franchise values have fallen to the point that private equity pros see multiple bargains. But pro sports leagues don’t want fans distracted from the diamond, hardwood, ice or gridiron by drawn-out court proceedings or the threats they potentially pose to TV viewership. And so as the fallout from last decade’s market crash is still absorbed by divorcees or by under-capitalized family owners, professional sports leagues aren’t any more likely to give leeway to would-be owners entering this elite American echelon.

“It was a wake-up call for a lot of owners,” said Michael Yormark, president and CEO of Sunrise Sports and Entertainment, of the market crash and fallout. Sunrise operates the NHL’s Florida Panthers.

It used to be that any well off condiment-making family could just up and buy a pro sports franchise. No more. There are specific cash-on-hand requirements imposed by most of the major sports, strict rules regarding how much debt can be used and other edicts that typically no investor in his right mind would agree to in any environment, in any industry. Except pro sports.

“It is highly regulated by the leagues,” said Adam Klein, an M&A attorney with Katten Muchin Rosenman LLP. “It is more of a monarchy than a democracy…you’re going to have to open the kimono.”

Still, it is a prospect that is sought by seemingly any money manager who has a pulse and about a billion to blow through.

Bradley Rangell, Citi Private Bank’s managing director of its sports advisory practice, told attendees of the ACG event that sovereign wealth funds and family offices have increasingly sought options on pro team auctions. As the industry continues to expand, team assets continue to proliferate, both in number and value. Now, Rangell pointed out, television rights, real estate and other assets have increasingly been a part of team transactions. Still, he doesn’t see a whole lot of flexibility for PE shops.

When Platinum Equity bought a “material part” of the Detroit Pistons, Rangell said, Tom Gores had to expect questions pertaining to how long his fund would be invested in the franchise.