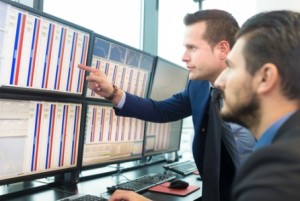 Barclays Plc’s sale of its index business, which was called off in 2014, will go back to market this summer, three sources told Buyouts.

The auction of the Barclay’s index business, known as IPRS, will likely begin in June, the sources said. The unit manages a basket of more than 98 indices, including the U.S. Aggregate Bond Index.

Last year, the sale of the Barclays index unit hit a snag after bidders realized crucial data was missing from the deal, Reuters reported. The missing data was used to support pricing of securities in the Barclays indices and is owned by third parties, including Bloomberg LP and Interactive data Corp, the story said. Those third parties would not allow the data to be part of the deal, Reuters said.

This time around, the contractual issues around the crucial data are “being work on,” one banker said. Executives for Barclays declined comment.

At the time of the first auction, the sale of the index business was expected to fetch more than $1 billion, press reports said. S&P Dow Jones Indices and Markit had made the final round for the Index unit, according to press reports. The auction reportedly drew bids from nearly every player in the index business, Forbes said. Private equity was largely not involved in the Index sale.

Instead, PE will likely bid for Russell Investments, the asset management arm of Frank Russell Co., which is being sold by the London Stock Exchange.

Earlier this month, LSE said it decided to sell Russell after receiving a “number of expressions of interest.” J.P. Morgan and Goldman Sachs are advising on the process. Barclays is the corporate broker, the LSE said. Russell Investments produces $125 million EBITDA and is expected to fetch from $1.3 billion to $1.4 billion, Buyouts has reported.

Bloomberg and Interactive Data could not be reached for comment.