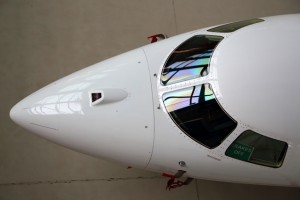 BBAM, the aircraft leasing specialist that’s half-owned by Onex Corp, is approaching a first close on Incline, its inaugural private equity fund targeting $750 million, according to a source.

BBAM is led by CEO Steven Zissis, a 30-plus year veteran in the aircraft leasing business and a former executive in the airline advisory group at Citibank. BBAM CFO Robert Tomczak, another industry veteran, heads up BBAM’s accounting, finance and contract management.

The fund comes amid interest from LPs in aircraft leasing, which has drawn demand from airlines and other customers seeking lower capital costs than direct ownership of jets, the source said. It’s an investment that resides in the real asset bucket for investors.

In one recent deal, BBAM said it managed a sale-leaseback transaction of a B777 lease to Emirates, according to its website.

Formerly called Babcock & Brown Aircraft Management and dating back to 1991, BBAM drew a 50 percent investment from Onex Corp in 2012 for $165 million. At that time, BBAM and Onex teamed up to buy $25 million worth of shares of FLY Leasing.

FLY Leasing , a Dublin-based aircraft leasing company, trades on the New York Stock Exchange and has a market cap of about $478 million.

BBAM, which operates out of eight offices around the globe, has been the external manager of FLY, with three of its executives sitting on its board of directors.

In 2010, BBAM’s senior executives bought out the aircraft leasing operation from investment firm Babcock & Brown, which was conducting a wind-down of its operations as part of a 2009 liquidation effort.

A spokesman for BBAM declined to comment. An Onex spokesperson did not return a phone call.