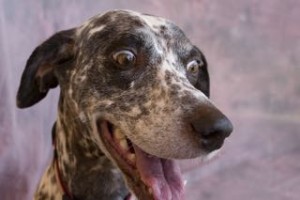 The $8.7 billion sale of PetSmart is heralded as the year’s largest LBO of an American company but the buyers, led by BC Partners, are investing 21 to 23 percent of the deal value. Some say this is at the low end of the equity range firms usually kick into their deals.

Equity contributions typically range from 28 to 30 percent, according to three private equity executives contacted by peHUB. One of the execs said the PetSmart deal is reminiscent of large buyout deals of 2007, when firms tried to “skinny the equity checks.”

According to regulatory filings dated Dec. 16, the deal includes about $7 billion of debt and calls for the investor group to contribute about $1.83 billion equity, which comes out to be about 21 percent of the total. The contribution may end being higher, since Thomson Reuters Loan Pricing Corp (LPC) reports that the equity will top $2 billion, which works out to 23 percent.

Besides BC Partners, the other buyers include Caisse de dépôt et placement du Québec, StepStone and Longview Asset Management,  SEC filings said. (Longview has a 9 percent stake in PetSmart and is rolling over one-third of its holding into the deal, LPC said.)

“We think a downgrade will occur,” Sookram said. “We have to do some more work, talk to [PetSmart’s] management and find out what the strategy is going forward.”

Not everyone agrees that the equity contribution is low. Large buyouts typically require lower equity, one banker said. A fourth private equity executive, who focuses on mid-market deals, said equity contributions for big buyouts usually are around 25 percent. The exec called PetSmart a “high quality asset” and said: “The lenders think the business has more upside than downside and they get more comfortable stretching a bit.”

With $7 billion in revenue, PetSmart has favorable operating fundamentals, Sookram added. “Pet retailers do really well even during the recession,” he said.

Executives for PetSmart, BC Partners, Caisse, StepStone and LongView could not immediately be reached for comment.