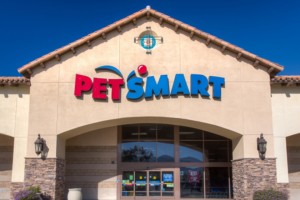 Pet supply retailer PetSmart Inc succumbed to calls from some shareholders for a sale on Sunday with an agreement to be bought by a private equity consortium led by BC Partners Ltd for $8.7 billion, in the largest leveraged buyout of the year.

At a time when a stock market rally has made private equity firms reluctant to take companies private for fear of overpaying, the deal illustrates how activist investors have the potential to drive corporate boards to explore such deals and accept a price that makes a leveraged buyout possible.

PetSmart said BC Partners, as well as some of its fund investors, including La Caisse de dépôt et placement du Québec and StepStone, signed an agreement to buy the company for $83 per share. Longview Asset Management, which has a 9 percent stake in PetSmart, will roll a third of its holding into the deal.

Jana paid less than $55 per share on average for its percent stake in PetSmart, according to regulatory filings.

The buyout price represents a 39 percent premium to PetSmart’s closing price of $59.81 on July 2, the day before Jana disclosed its stake and called for PetSmart to explore a sale.

Phoenix-based PetSmart, which has about 54,000 employees and operates 1,387 pet stores, said in August it would explore a potential sale of the company.

Buyout firms KKR & Co LP and Clayton, Dubilier & Rice LLC had also teamed up to bid for the company, Reuters reported last month. Apollo Global Management LLC, another buyout firm, had also vied for PetSmart, according to people familiar with the matter. Representatives for these private equity firms declined to comment.