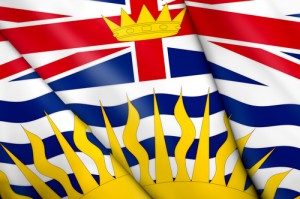 “$1.5 Billion in Value for Clients from Combined Pension Return of 9.5%”

Victoria, B.C., July 24, 2013 – The British Columbia Investment Management Corporation (bcIMC) today released its combined pension plan returns for the year ending March 31, 2013 as part of its 2012–2013 Annual Report. With a one-year annual return of 9.5 per cent, net of fees, the results exceeded a combined benchmark of 7.8 per cent and added $1.5 billion in value to bcIMC’s pension plan clients.

“Our domestic real estate and public equities portfolios were the primary drivers of our positive results last year,” said Doug Pearce, Chief Executive Officer/Chief Investment Officer of bcIMC. “On behalf of our clients, we began significantly increasing asset allocations towards real estate and infrastructure in 2011, and this heavier weighting to real assets is beginning to drive investment returns.”

There were a number of highlights from the past year, including:
• Committing $3.4 billion to investments that span real estate, infrastructure and renewable
resources, which included the purchase of the Canada Post site in downtown Vancouver and
Open Grid Europe GmbH
• Creating a thematic investing strategy and adding four new funds to give exposure to themed
assets, renewable resources, emerging markets and companies with high environmental, social
and governance ratings
• Becoming a Qualified Foreign Institutional Investor in China, which allows bcIMC to invest in
companies listed on Chinese stock exchanges
• Increasing internally-managed equity assets by over $1.5 billion and saving about $4.0 million in
external manager fees
• Being ranked first in North America, and sixth globally, by the Asset Owners Disclosure Project in
its global climate investment index that assessed asset management and climate risk disclosure
• Acquiring over 990 acres of developable land and completing six developments, adding over
876,400 square feet to our domestic real estate portfolio
• Receiving an unqualified audit opinion on our Service Organization Controls Report (Canadian
Standard for Assurance Engagements – CSAE 3416)
• Increasing our global portfolio to $102.8 billion of gross managed assets, up by $7.3 billion from
the previous year.

“I am also pleased with the investment returns for the 10-year period. bcIMC delivered an annualized return of 8.2 per cent against a combined benchmark of 7.8 per cent. As a result, our investment activities contributed $3.2 billion in added value for our pension plan clients,” added Pearce.