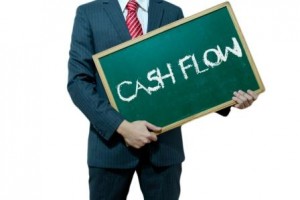 “There has been a philosophical change, a seminal change in the way banks operate, especially in the middle market space,” Grunewald told Buyouts. “We think it’s a permanent change.”

Global regulators are likely to put pressure on banks through the international regulatory framework known as Basel III, and U.S. regulators may put even more stringent regulations in place restricting bank lending, Grunewald said. As a result, he argued, “Middle-market companies are going to need more capital than banks are going to be able to provide.”

Therein lies the opportunity for business development companies, which are closed-end investment funds that have a pass-through investment structure similar to real estate investment trusts. BDCs, which can invest in both equity and debt, have emerged as a growing force in leveraged finance.

Although the vehicles were authorized in 1980 as a way for small businesses to find inexpensive financing, the industry only took off off in the wake of the 2008 financial crisis. The St. Louis-based investment bank Stifel Nicolaus & Co. had only 16 BDCs in its coverage universe in 2010; today the number of BDCs exceeds 40, according to the Chicago investment bank Lincoln International.

BDCA, which launched in August 2011, caused a bit of a ripple in the market in August, when it announced that it was raising the price on its latest public offering, to $11.10 per share from $11, with an eye toward sustaining a 7.75 percent annualized distribution rate on the dividends that it returns to its investors.

“Our assets continue to perform extremely well,” with no borrowers past due or in default, Grunewald said. BDCA has a mid-market focus, seeking borrowers with less than $1 billion in revenue, and Grunewald said “the vast majority” of its investments are with sponsor-backed businesses. The company has a hold size of $20 million to $50 million of debt per transaction, though it may syndicate larger deals, he said.

With backing from the REIT American Realty Capital rather than an entity affiliated with a buyout firm, BDCA can be “sponsor agnostic,” Grunewald said. And as for competition with other non-traded BDCs, he said, “We hardly see those other BDCs in our transactions.”