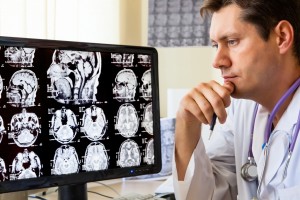 BelHealth Investment Partners has raised $150 million with its latest fund.

The New York-based private equity firm had targeted $200 million for BelHealth Investment Fund LP, peHUB reported in August 2011. The pool collected less than expected, but the $150 million total is still more than twice what the firm raised with its prior fund, says Harold Blue, a managing partner.

Blue is referring to HealthEdge Investment Partners, which raised a $60 million fund in 2006.

(CORRECTION: BelHealth is not the successor firm to Health Edge, says Phillip Dingle, a HealthEdge managing partner and founding principal. Blue was a partner at HealthEdge, a Tampa, Fla.-based PE firm that also focuses on healthcare. He left four years ago, Dingle says. Since Blue’s departure, HealthEdge is growing its team, making new deals and has “reaped significant profits from prior investments,” Dingle said in an email. No other HealthEdge investment professionals have left to join BelHealth beside Blue, Dingle says. Blue later told peHUB that using the word “successor” may be inaccurate. “Sometimes I more loosely use that term than I should,” he says.)

BelHealth officially began fundraising for its current pool in November of 2011, Blue says. The fund’s final close occurred on Friday, Blue says. “We didn’t want to be out there anymore and just wanted to get back to business,” he says. “We thought the time was right.”

Investors of the fund include a college endowment, foundations, American and European institutions and funds of funds. Knight Capital served as placement agent.

BelHealth was founded in 2011 by Blue and Bert Brodksy, also a managing partner. The firm targets lower middle market healthcare companies in healthcare technology, services or distribution. BelHealth typically invests $10 to $20 million equity per deal, Blue says.  All of the companies BelHealth buys will have EBITDA from $2 million to $7 million, he says. “We’re not biotech. We’re not complex tech. We’re not pre-EBITDA,” Blue says.