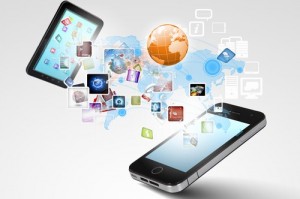 Bell Canada has called on federal authorities to address regulatory loopholes that allow U.S.-based Verizon Communications Inc. to purchase small Canadian wireless companies, such as Mobilicity, a.k.a. Data & Audio-Visual Enterprises Wireless Inc.,. for “fire-sale prices,” while preventing domestic carriers from making these buys. Reuters earlier this month reported that Mobilicity was in talks with Verizon about a potential acquisition. The company has been backed by U.S. private equity firm Quadrangle Capital Partners since 2008.

Advantages include special access to Canadian infrastructure and our national airwaves

MONTREAL, July 25, 2013 /CNW Telbec/ – Bell Canada today called on the federal government to immediately close loopholes in its wireless policy framework that favour major US wireless carriers at the expense of Canadians and our country’s world-class wireless industry and network infrastructure.

“Federal wireless policies intended to help small startup competitors unintentionally give the same advantages to major US wireless companies that want to enter Canada – advantages paid for by Canadians and denied to the country’s major wireless carriers. With the potential impact on the country’s airwaves and infrastructure, it’s an unprecedented situation that affects all Canadians,” said George Cope, President and CEO of Bell Canada and BCE.

“Bell is ready to compete with any wireless company. Our national team takes pride in delivering world-leading networks, the best mobile devices and competitive pricing to customers in cities, small towns and rural locations throughout Canada. We can succeed against US giants in a fair marketplace, because we’ll invest more in Canada. But our federal government is unintentionally underwriting the success of US companies in Canada. We ask that Ottawa allow Canadian wireless companies a fair chance to compete by closing these loopholes.”

1.Buy twice as much new wireless spectrum in the upcoming auction of Canada’s 700 MHz airwaves as Canadian carriers at a lower overall price.
Canada is getting ready to auction 700 MHz spectrum – the best airwaves for carrying your future mobile calls and data. Able to operate equally well in both rural and urban areas, 700 MHz is the most technologically advanced spectrum ever auctioned by the Canadian government. There are 4 prime blocks of this spectrum available. Canadian carriers like Bell can only buy 1 each – but big US carriers like Verizon can actually buy 2. The way the auction is structured, American companies would pay less and get more spectrum, reducing the government’s auction revenues at the expense of Canadians. As well, one of Canada’s own major wireless carriers could be shut out of the auction for our country’s airwaves entirely.

2.Get a free ride on the world-leading networks funded and built by Canadians.
Government rules give a company like Verizon the option to offer wireless service simply by riding on the networks of Canadian carriers, world-class wireless infrastructure funded by Canadian investors and built by Canadian workers over the last 30 years. Verizon would not need to build its own network throughout Canada, invest in rural communities or support job growth as Canadian companies do. Verizon can easily afford to build its own networks and should do so if it wants access to Canada’s airwaves.

3.Acquire smaller Canadian wireless companies at fire-sale prices.
If wireless start-ups are financially distressed and looking for buyers, government rules prohibit them from being sold to Canadian carriers large enough to buy them like Bell, Rogers or TELUS. That depresses the value of the startups – and lets a US company like Verizon acquire them at cut-rate prices and gain all their assets, including their existing wireless spectrum already subsidized by Canadians.

Verizon Wireless is part of the $120-billion Verizon Communications conglomerate – in comparison, Bell Canada, the country’s largest communications company, has annual revenue of approximately $18 billion. Verizon is not a company that needs special advantages or subsidies to compete.

Even Verizon doesn’t agree with these kinds of handouts – at least in its home country of the United States. Last March, Verizon told the US Federal Communications Commission “there is no basis for the Commission to give certain large companies a regulatory hand-out so they can acquire spectrum… at a substantial discount over the price that would otherwise be received.”

In May, Verizon also said “The industry should be concerned about kind of picking winners and losers in something like that [US spectrum auction]. We have been very vocal in a responsible way with everyone in Washington about the importance of a level playing field.”

No reciprocity: Canadians denied similar access in the US
It’s important to note that Canadian carriers are not being given any kind of similar special access to the US wireless market – which means Ottawa would be giving US companies these advantages and getting nothing for Canada in return.

“With the loopholes in the rules, Canadian companies cannot even try to acquire startup wireless companies at any price, but American companies can. And they can bid for more of our country’s airwaves and at a lower price. Favouring US companies over Canadians threatens our national communications industry and its place in Canada’s future growth, productivity and prosperity,” said Mirko Bibic, Bell’s Chief Legal and Regulatory Officer. “These special rules were intended to help new competitive start-ups. We ask how the federal government could now hand over Canadian spectrum, infrastructure and capital to US corporations – especially when Canadians do not have similar rights south of the border.”

Impact on Canadians
Industry experts predict that US operators like Verizon would use the lower capital and operational costs enabled by the loopholes to target Canada’s largest and most profitable urban markets. Not only would they be free to ignore small town, rural and remote Canada, the network access loophole discourages them from investing in infrastructure by guaranteeing them the right to use the networks of Canadian companies.

Analysts further predict that Canadian carriers would be required to concentrate their own efforts in the very largest cities, while cutting costs and investment in order to compete. Canadian telecom industry employment would be adversely affected, and entire regions of the country would be left out of new waves of wireless innovation and access to the digital economy.

Canada’s wireless industry is now one of the most vibrant in the world. Our world-leading networks serve 99% of the population, thanks to annual investments of almost $3 billion by the Canadian carriers (Canadian companies invest more per capita in telecommunications than any other country in the G8). Pricing is competitive with developed countries, and according to an independent report prepared for the CRTC, up to 40% lower than in the much larger US market. Smartphone penetration is also higher in Canada than the US.

A fair and straightforward solution
To ensure all Canadians can continue to benefit from a world-class wireless industry, Bell is urging the government to support a fair and open marketplace by closing the loopholes:

If Ottawa is allowing US carriers access to Canadian airwaves, promote head-to-head competition by permitting any carrier to bid on two blocks of prime spectrum in the upcoming 700 MHz auction – not just US carriers.

Require US carriers that enter Canada to build out to the entire country, as Canadian companies have done, rather than allowing them to simply enjoy access to the world-leading networks built by Canadians.

Allow major Canadian carriers the opportunity to bid against the big US companies to acquire wireless start-ups seeking buyers, with full review by the Competition Bureau.

To learn more about this situation, please visit Bell.ca/PlayFair.