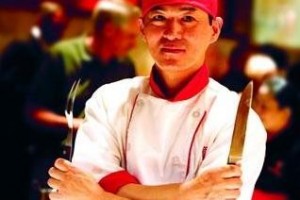 Restaurant mergers, like the rest of the M&A market, have been slow in 2012.

The last major restaurant deal occurred in December when Tilman Fertitta agreed to buy Morton’s Restaurant Group for $6.90 a share. So it came as a surprise when Benihana, which operates a national chain of Japanese themed and sushi restaurants, announced it’s going up for sale again.

Miami-based Benihana said March 13 that it was looking at strategic options, including a sale. The company has hired Jefferies to advise on the deal.

In September 2010, Benihana also was looking for a buyer and tapped Jefferies to advise. That auction obviously didn’t result in a sale. Sources are telling me that Benihana will likely have better luck this time around.

What will help the restaurant chain known for its hibachi-style cooking? Benihana collapsed its ownership structure and got rid of its dual class stock. This will likely make a sale easier this time around, one banker says. Benihana’s fundamentals have also improved since its last time up for sale, the source says. “They’ll clearly have interest this time around,” the person says.

In February, Benihanasaid revenue jumped 5.6% to $77 million for the three months ended Jan. 1. Restaurant segment operating income rose 13.1% to $7.9 million. However, net income fell 47% to $1 million, or 6 cents a share, from $1.9 million or 12 cents a share for the same time period in 2011. In February, Benihana shareholders also approved the reclassification of each outstanding share of Class A common stock into one share of common stock. Total liabilities as of Jan. 1 were $55.4 million, according to a February SEC filing. Benihana’s market cap has doubled in the past two years, to its current $224 million.

“There’s a decent chance they will sell but the multiple most likely won’t be that great,” a different banker says.

Bob Bielinski, head of the restaurant industry practice within corporate finance at CIT Group, says M&A for the sector has been strong for much of the past two years. In 2011, the most prominent PE deal came from Golden Gate Capital, which acquired California Pizza Kitchen for $470 million. Other deals included Roark Capital’s buy of Arby’s Restaurant Group for roughly $130 million. Roark, in a separate transaction, also acquired Il Fornaio Corp, which owns Corner Bakery Cafe. Olympus Partners bought NPC International, the largest Pizza Hut franchisee (this deal was announced in January). Brentwood Associates, in March 2011, also acquired K-MAC Holdings, one of the largest Taco Bell franchisees in the U.S.

This year will likely not be as strong as 2011, Bielinski says. But Benihana, which has EBITDA in the low-to-mid-20s, should attract private equity interest, he says. “Their performance has been great,” he says. “Same store sales have been great for several quarters…The stock is up 75% since last summer and that’s a pretty good run.”

Which PE firms may be interested? Golden Gate, Roark, Brentwood and Olympus have all been on the hunt for deals. Fertitta, which owns Landry’s, runs his companies like portfolio businesses, Bielinski says. And don’t count out Sun Capital, which always has an interest in restaurant deals, he says.