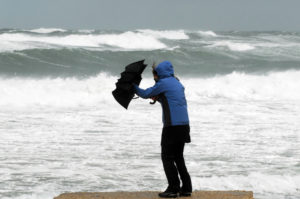 If you’re on the east coast, hope you didn’t get hit too hard with Isaias. We had a lot of t-storms where I am in New Jersey but no major damage (yet).

SPAC attack: The rise of special purpose acquisition vehicles is the story of the pandemic summer. Now we have SPACs entering the world of private equity LPs and consultants. A SPAC called CF Finance Acquisition Corp, sponsored by Cantor Fitzgerald, agreed to merge with GCM Grosvenor, which will become a public company.

The SPAC deal values GCM Grosvenor at $2 billion. The company will be called GCM Grosvenor Inc and trade on the Nasdaq. Hellman & Friedman, which has owned a minority interest in GCM Grosvenor since 2007, will exit the investment as part of the deal. GCM Grosvenor management will own more than 70 percent of the equity interests in the new company.

The transaction also includes institutional investors participating in a $195 million private investment in public equity at $10 per share. As well, Cantor Fitzgerald will invest an additional $30 million at the closing of the deal. Read the news brief here on PE Hub.

Top Scoops
Berkshire Partners, which invested in Canadian veterinary services network VetStrategy at the end of July, values the company at just north of $1 billion, writes Sarah Pringle on PE Hub. The invest will allow VetStrategy to continue to provide succession options for independent owners in the Canadian market, Sarah writes. Read it here.

While secondaries activity collapsed in the first half in the pandemic downturn, the outlook is strong as managers are expected to look for ways to hold certain assets longer.
One example of this mindset is the rise of single-asset deals, which accounted for 30 percent of GP-led transactions in the first half, up from 20 percent in 2019, according to a first-half secondaries volume report from Evercore.

GP-led deals provide GPs with the ability to hang on to assets longer than allowed for in the traditional private equity fund structure, while also delivering proceeds to LPs in older funds. The pandemic may be accelerating desire in the market to gain this sort of flexibility.