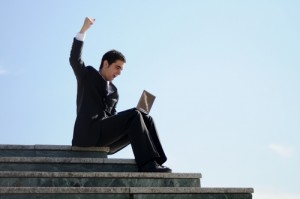 But, to the PE world, the biggest news was the entrance of a new potential titan in the industry. Sokol, in an interview, stated he is launching private equity firm Teton Capital with “family money.” It isn’t clear whether he’ll even need limited partners for his next venture, and that alone has the potential to make him a virtually unparalleled force in the PE business.

Having spent more than a decade as a leader with Berkshire Hathaway, Sokol certainly ought to have the resources to make waves in private equity.

The split between Sokol and Buffett was very public, and turned personal. Buffett said he turned information over to the SEC that was “very damning” regarding share purchases made in Lubrizol stock by Sokol prior to Berkshire Hathaway’s acquisition of the target. Berkshire’s board backed up Buffett, and Sokol left the company in 2011.

After being vindicated by the SEC’s inquiry, Sokol sounded off: “[T]he notion that I violated some company policy is absurd.” He later went on to say he tried to resign from Berkshire previously, and that Buffett talked him out of the decision.

Sokol said he will base his LBO shop in Wyoming, but it isn’t this one, Teton Capital Advisers, which—when contacted by peHUB—had a representative who said, perhaps with a twinge of annoyance, that this news outlet was not the first to call seeking an interview with the former Buffett lieutenant. In fact, Teton Capital Advisers has nothing to do with Sokol’s business. According to paperwork filed with the SEC, there is also a Teton Capital Partners, perhaps related to the other Wyoming entity to which Sokol has no affiliation.

It remains to be seen whether the very public split between the man who was, at one time, called a Buffett protégé, and one of the most highly-regarded investors in the world will put a damper on limited partners’ interest in the fund.

So far, it does not appear that Sokol has registered any paperwork with the SEC for a private equity fund.

Corporate executives’ moves to private equity land haven’t always gone as planned. One such example is that of G. Mike Mikan, the former United Healthcare executive who resigned—the company said in an announcement of his departure—to run a PE firm. Only, it never happened. Instead, Mikan spent time in a role leading beleaguered retailer Best Buy last year and ultimately wound up joining a hedge fund in the beginning of 2013.