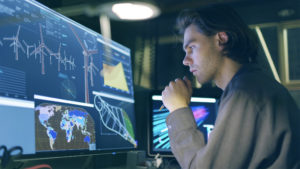 The Baton Rouge, Louisiana headquartered PE firm earlier this month formed its department of energy strategy that is aimed at establishing a national network of engineering and consulting firms consisting of organizations operating within the DOE complex.

This followed the acquisitions of Boston Government Services and Sterling Engineering & Consulting Group by Bernhard. Jenkins said both were proprietary transactions based on Bernhard’s decades-long relationships in the market.

“The new platform will be focused on the Department of Energy, where we will use our thematic blueprint approach to investing, which is finding sectors that we really like and go buy-and-build strategies around that investment,” said Jenkins.

Sterling Engineering & Consulting Group was founded in 2014 by Duane Schmoker. It is headquartered in Richland, Washington, and focuses on executive management and technical consulting services to organizations in the federal and commercial markets primarily on energy, environmental remediation and national security.

The focus of this platform will be the DOE, which Jenkins said has an annual spend north of $35 billion. “The Department of Energy is the main source of a lot of research funding, and we are very focused on the businesses using this investment to have an impact. Our companies are taking advantage of that spending growth in terms of where energy is going for the future,” he said.

Additional opportunities are also rooted in the Inflation Reduction Act (IRA) of 2022 and the Infrastructure Investment and Jobs Act (2021), which have billions of dollars in allocation to support the energy sector.

Working with various partners, the DOE has led groundbreaking innovations from its laboratories that are focusing on new forms of clean energy.

Recently, the DOE revealed a major scientific milestone for clean energy at Lawrence Livermore National Laboratory, following a controlled experiment that produced more energy from fusion than the laser energy used to drive it.

Jenkins said he is not allowed to reveal specifics about specific laboratory projects but maintained that “our companies will be leading the way” in technological innovations that will make it possible to reduce carbon emissions by 2050.

In terms of growth, Jenkins said Bernhard will likely be acquiring three or four more companies and put them under the umbrella of the Department of Energy by the end of 2023.

But apart from the DOE, Bernhard has other portfolio companies working within the utilities sector as well as on maintenance and operations for nuclear power plants across the country. However, he said they do not do anything related to traditional energy such as oil and gas.

Even though the future macroeconomic outlook remains tight with fears of a recession, the Bernhard’s partner said funding for the energy sector by the US government is “extremely secure and only growing.”

“We don’t see the government slowing down spending – especially in these areas – as the country is moving towards a carbon neutral future. We only see the spending, even in potential recessionary times, accelerating.”