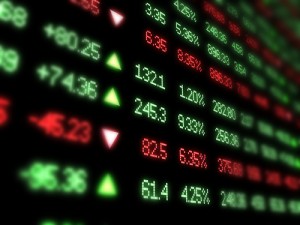 If you remain doubtful that cloud computing software investments can pay off, just look at the numbers:

In fact, you might think this emerging sector deserves its own stock index. And you would be late. Bessemer Venture Partners this week released an index of 30 cloud computing stocks along with public comps, operating metrics and forecasts. The firm promises to update the index weekly.

“Admittedly, it’s not easy to draw a clean line between the cloud ‘haves’ and ‘have nots,’” says Bessemer Partner Byron Deeter and Associate Kristina Shen in a blog post announcing the index. “Most savvy software companies are aggressively trying to dress themselves up as cloud companies, by either claiming to have a subscription business model and/or a hosted, multi-tenant architecture.”

The list is primarily made up of companies with market caps of $5 billion or less, many of which VCs have nurtured. On the list are Marketo, Bazaarvoice, Demandware and Cornerstone OnDemand.

Several mid-tier companies hold most of its value, including Salesforce.com, which went public in 2004, Workday, NetSuite, ServiceNow and Athenahealth. One surprise addition is LinkedIn, which together with Salesforce.com accounts for about $47 billion of the more than $100 billion market cap.

Bessemer said it stuck to a pretty strict definition of cloud computing, but allowed in hybrid models, such as Jive Software’s. It left out the likes of Splunk and Tableau Software because they were not multi-tenant or did not employ subscription-based models.

Reflecting the dynamic nature of the sector, the index is up 68% since the start of last year. Companies have added more than 60 billion dollars of market cap over that time.