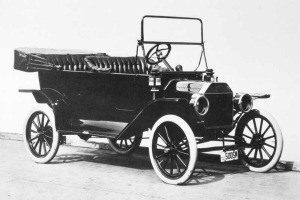 The success of the limited partnership structure has been so impressive that it was soon enough adopted by foreign jurisdiction: France has created its FCPR by directly transposing the private equity limited partnership. Luxembourg tried initially to deviate from the template with its SICAR, which failed to attract attention – and eventually gave birth to the SIF. Switzerland has adopted its own local version of the limited partnership, as well as other jurisdictions in bids to attract managers on-shore. The European AIFM Directive can be read as a bid to keep the industry on-shore and regulate it.

This symbiotic relationship between non-listed investments and the limited partnership has even triggered the envy of other asset classes. The yearly 2% management fees guaranteed over ten years, the 20% profit split in favor of the fund manager and the quasi absolute discretion in the management of the fund generated vocations among other ‘alternative fund managers’: private real estate, private infrastructure, private fine art and a lot of other supposedly high potential strategies have flourished.

Rumors of a unified private equity/hedge fund structure have even emerged just before the 2007 crisis. Private equity fund managers were then eyeing yearly profit distributions that their colleagues from hedge funds collected; while hedge funds managers tried to imagine a lock in mechanism of the capital à la private equity.

Fast forward, the post 2007-2009 crisis has drawn – rightfully or not – a lot of attention on alternative investment funds in the US (SEC registration, for example) and in Europe (AIFM Directive, among other efforts). The limited partnership, which has long served the expansion of private equity, seems now to drag down the recovery of non listed investments.

The fact is that the limited partnership structure, despite its advantages, suffers from serious limitations in the way it is used now: it is still a ‘one size fits all’ vehicle – the Ford’s ‘Model T’ of private equity. The private equity limited partnership was initially organized to supply limited partners with then scarce expertise; to share the risk among all investors and organize the delegation of the management of the fund to one of them who eventually became the general partner. These conditions have changed. Limited partners are more sophisticated; the expertise is more readily available and the emphasis is no longer in risk diversification but on return enhancement. The delegation of investment is questioned, notably because of the poor corporate governance offered to limited partners.

A few cracks have appeared in the monolithic limited partnership drafting: the yearly 2% management fee is slowly applied to the committed capital (instead of the fund size) during the investment period, hence reducing the cost for the limited partner. More recently, general partners have been thinking in offering liquidity options to limited partners: Carlyle will offer an early exit scenario after six years of activity for the fund. Nevertheless, these changes have been essentially marginal and insufficient.

Having a unique international fund structure is definitely a positive feature of private equity, notably because it lowers the legal hurdle of investing abroad. However, this should not serve as a pretext to ignore the need of a new corporate governance for private equity funds. Interestingly, general partners still ignore that limited partners have different return expectations, different investment constraints, and different risk appetite.

What seems to be obvious out of private equity remains unformulated by practitioners. Regulations are changing, though – and among them solvency regulations for pensions, banks and insurances, which provide together 40 to 50% of capital to private equity funds in Europe according to the European Private Equity and Venture Capital Association. It is time for the limited partnership to decline its model in different versions, adapted to the variety of its activities, but also to the need of its clients: the limited partners.

Cyril Demaria is an asset manager specialized in private equity (direct, funds of funds, secondaries. Opinions expressed here are entirely his own.