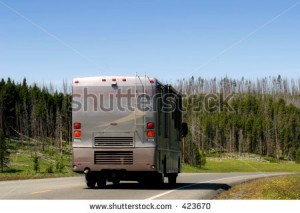 North Street Capital, a little-known private equity firm, has offered to take recreational vehicle maker Winnebago Industries Inc. private and has plans to raise a first investment fund of $300 million. But the criminal record of one of North Street Capital’s founders raises questions about both efforts, Buyouts reported yesterday.

The Greenwich, Conn.-based shop earlier this month offered to buy Winnebago Industries at a revised $11 per share, a 75-cent increase from its initial offer in April. The latest offer would value the RV maker at more than $321 million. At deadline, North Street Capital was trying to supply additional information the company would need before evaluating the offer further.

The offer seemed to be a bold move by North Street Capital, founded last year by Alex Mascioli, who touts a record as a former entrepreneur and is known as a car racing enthusiast, and by Duke Hale, a former executive with Lotus Holdings, the maker of Lotus sports cars. They manage a private equity investing business as well as a separate hedge fund business, according to Mascioli. The firm’s strategy is to invest in mid-market companies with revenues ranging from $10 million to $800 million.

Before its bid for Winnebago Industries North Street Capital was best known for trying to invest in Swedish carmaker Saab Automobile, a complicated endeavor that fell through for a variety of reasons before the company filed for bankruptcy in December 2011. “It ultimately blew up in our face,” Mascioli said.

The firm says it has four investments in its private equity portfolio via convertible notes and debtor-in-possession loans. Mascioli declined to name the companies, but said they are in industries including cleantech, construction and manufacturing.

Winnebago Industries would mark the firm’s first acquisition, and the company seemed taken aback by the offer. “Based on what we’ve been able to find out about the offer and the principals, we just don’t believe the offer is credible,” Sheila Davis, the company’s investor relations manager, told The Wall Street Journal.

But North Street Capital is very much serious. Mascioli told Buyouts the firm thinks it could leverage Winnebago Industries’s manufacturing facilities to build new cars and trucks under different brands. Specifically, he said North Street Capital has agreements in principle with Chinese truck and auto-makers interested in entering the U.S. market, and Winnebago Industries facilities would do final assembly on their vehicles, as the Journal reported.

“Our outlook on Winnebago is that it has great infrastructure and manufacturing capabilities,” Mascioli told Buyouts.

Mascioli, 36, said North Street Capital is backed by a group of high-net worth individuals, but it is planning to broaden its investor base. The firm is in the early stages of launching a fund that would seek $300 million from limited partners, Mascioli said. The firm plans to formally launch the fundraising this summer. It has not yet hired a placement agent.

But Mascioli’s lengthy criminal record would almost certainly be of interest to potential target companies, as well as to potential investors. Between the early 2000s and 2009, Mascioli was convicted of several misdemeanors and felonies for offenses committed from the mid-1990s to as late as 2009, according to the state of Connecticut’s judicial branch Web site. These include forgery, third-degree assault, driving under the influence, issuing a bad check for more than $1,000 and failing to appear in court several times. Thetruthaboutcars.com, a blog about the auto industry, reported on Mascioli’s background in December 2011, during the Saab ordeal.

Mascioli admitted to the offenses, and described them as youthful indiscretions that have no bearing on his investment activities. The bad check, for example, bounced while trying to pay off his Ferrari, he said. “I do have a colorful past, none of it relating to finance,” he told Buyouts.

When asked if he has changed, Mascioli said, “I found that I have to have personal accountability for my actions. That was a big transformation in my life.”

North Street Capital plans to disclose Mascioli’s troubled past to potential investors, Mascioli said. The firm also plans to bring in two or three more principals with backgrounds in finance to give the firm more heft, he said. The firm is also implementing strong governance measures, he said.

The firm is almost certain to face resistance from investors, particularly if it tries to woo institutional investors.

“It would be a very high hurdle to get over,” said John Morris, a managing director with fund-of-funds manager HarbourVest Partners. Morris is not familiar with Mascioli or North Street Capital, and was speaking in general about backing a firm led by someone with a criminal history. “You’re entrusting capital; you want that person and team to have the highest ethical standards possible.”

Morris noted that George W. Bush was convicted of DUI, and he was elected president. But multiple convictions, including for violations like forgery, would be hard to swallow, he said.

“I think everybody can make a mistake because we’re all human, but that’s a lot of mistakes,” Morris said.