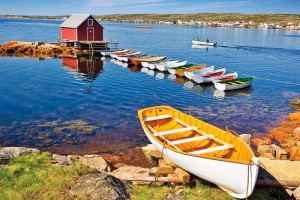 A big, new pool of capital has emerged in Canada.

Newfoundland and Labrador Pooled Pension Fund (NLPPF), a $9 billion pension system, is creating a first-time allocation to private equity and infrastructure with the help of advisor Caledon Capital Management.

NLPPF, which oversees the pension assets of government employees, teachers, and other public sector groups in Newfoundland and Labrador, is setting a five percent target (about $450 million) each for private equity and infrastructure, NLPPF documents said.

The decision to invest in alternative assets was made in 2013, according to NLPPF documents. Now the pension system plans to roll out the strategy with the help of Caledon, a Toronto-based portfolio management and advisory firm.

Day and Dowd said Caledon was selected because of its focus on customized accounts, which address the specific needs of institutional clients and give them access to a broad mix of funds, secondaries, co-investments and direct deal opportunities.

“[NLPPF] wanted help in thinking through the strategy from A to Z,” Day said. “It also wanted comprehensive support, everything from asset class education and program implementation to reporting and back office services.”

With the rollout of its private markets strategy, NLPPF joins a large community of Canadian pension funds with substantial exposure to alternative investments.

A report released in December by The Boston Consulting Group found 32 percent of the investments in the portfolios of Canada’s 10 largest pension funds are in PE, infrastructure and other alternative holdings.

Newfoundland and Labrador’s public pension funds will soon operate under a new investment structure, NLPPF documents show. The broad outline of the structure contained in these documents suggests it will be similar to other provincial pension organizations, such as the Caisse de dépôt et placement du Québec, British Columbia Investment Management Corp and Alberta Investment Management Corp.

This story originally appeared in affiliate magazine Buyouts, which is published by Buyouts Insider. Subscribers can read the full story by clicking here. To subscribe to Buyouts, click here.