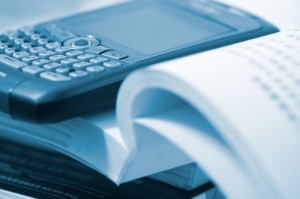 (Reuters) – A report of a possible second expression of interest in BlackBerry Ltd reversed a stock price slide on Wednesday, after the struggling smartphone maker announced $400 million in pre-tax charges related to cuts announced last month.

Cerberus aims to sign a confidentiality agreement with BlackBerry that would allow it to access private financial information, but it might in the end not bid, the Journal quoted one of its sources as saying.

BlackBerry shares were up just over 1 percent, reversing a 5 percent fall from earlier in the session. The stock, at about $8 in the early afternoon, remains well below the tentative $9 a share offer from a consortium led by Toronto insurer Fairfax Financial Holdings Inc, which wants to take the smartphone maker private.

“We do not intend to disclose further developments with the respect to the process until we approve a specific transaction or otherwise conclude the review of strategic alternatives,” a BlackBerry spokesman said.

The company last week already reported a wide loss and slumping sales and said it will cut 40 percent of its workforce as it seeks to halve its operating expenses.

BlackBerry said when it reported quarterly results that it would update its 2013 outlook in a regulatory filing, and the likely $400 million in charges formed part of the latest regulatory filing, which was released late on Tuesday.

It expects to take those charges over the remainder of this fiscal year, which ends March 1, 2014, and the first quarter of fiscal 2015.

The filing also confirmed that corporate and government customers have been slow to adopt BlackBerry’s new servers, which manage new BlackBerry devices as well as iPhones and Android devices that are used in the workforce.