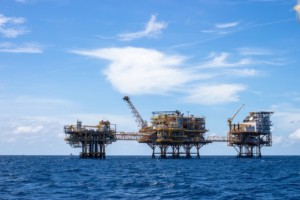 Blackstone Group has launched a fund to finance the troubled offshore drilling and services sector, the U.S. private equity firm said on Thursday, anticipating a buyer’s market as low oil prices set the stage for restructuring and consolidation.

Blackstone’s new entity, called Clarion Energy Partners, will be led by former executives of Pride International, an offshore drilling services company that was acquired by London-based Ensco PLC in 2011.

Clarion would be able to provide “creative financing and operational solutions” to companies whose “balance sheets are under severe pressure” in the current downturn, Louis Raspino, the new entity’s chairman and Pride’s former chief executive, said in the press release.

The oil price rout has left many energy companies teetering on the brink of bankruptcy and left many of their assets appearing cheap. Private equity funds have been mobilizing to hunt for favorable deals.

Creation of the Blackstone fund was announced on the day that Hercules Offshore Inc, a U.S.-based offshore driller and liftboat services provider that emerged from bankruptcy in August, said it was exploring strategic options, including selling itself.

Offshore rig services is perhaps the most oversupplied sector of the glut-ravaged oil industry, and many players besides Hercules have begun exploring restructuring options.

Samson Resources Corp filed for bankruptcy in September, while Paragon Offshore PLC has hired a well-known restructuring firm and the investment bank Lazard and has deferred interest payments amid conversations with debtholders.

Hercules on Thursday said it had formed a special committee to explore options including a sale, an issuance of equity or debt, or sales of certain assets, though it said it had not received any specific proposal.

The long, deep price slump has left drilling rigs sitting idle as producers choose not to extract oil and gas at a loss.

“This year is off to a particularly slow start with contract terminations as prolific as new fixtures,” Rob Saltiel, chief executive of Atwood Oceanics Inc , said in a call with investors last week.