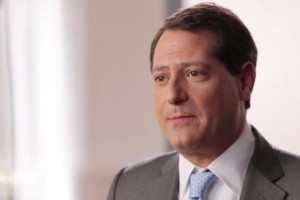 In a room full of eager young, suit-clad MBA students, and his industry peers, Blackstone Group senior managing director David Blitzer got positively Zen about his role in changing the nature of private equity.

Speaking at Columbia Business School’s Private Equity and Venture Capital Conference Friday, Blitzer explained the innovative group he formed at Blackstone called Tactical Opportunities is all about creativity, imagination and a desire to explore even the craziest-sounding ideas.

“I push my team to create some time to think. Everybody is running at 150mph all the time … we need to create real pockets of reflection and actual thought,” Blitzer said.

Blitzer started the Tactical Opportunities group in early 2012 and since then the team has raised at least $5 billion. It has amassed a mountain of capital from powerful institutional investors like New Jersey’s state pension system through separate accounts, but has also raised a more traditional fund with a private equity-like structure. The fund was formed to include commitments of smaller amount than the big separate account mandates.

TacOpps goes after investments that don’t quite fit the mandates of the other teams, Blitzer said. The team invests across all Blackstone’s asset classes, so they chase everything from distressed mortgage loans, property investments in Latin American to investments in ships.

Last year, for example, Tactical Opportunities invested in the formation of B2R Finance, which provides loans to rental property investors. The firm also in 2013 invested alongside Greek shipping company Eletson Holdings to create a $700 million liquid petroleum shipping company. In 2012, the team bought a controlling stake from Goldman Sachs in Wireless Capital Partners, a financial services company that specialized in the acquisition of cellular ground leases.

“To have the ability and flexibility to play across the entire spectrum is something the market was missing and we felt Blackstone would be well-suited for that kind of flexible fund,” Blitzer said.

Blitzer built his team by first bringing in people from around Blackstone with diverse talents – not just private equity, but from all the various strategies Blackstone employs like real estate, credit and energy. He then hired people from the outside who had long experience in different areas of focus like structured credit or buying distressed loans. He also looked for geographic diversity, he said.

But he was looking for a certain kind of personality, he said. “I don’t want the cookie-cutter person who followed the same track that I did or someone else did. Intellectual curiosity goes a long way for me. I don’t want people who just accept what someone tells them. Don’t ever come to me and says, ‘that’s what the CEO said to do,’” he said.

The TacOpps team also taps into the talent around Blackstone when considering an investment opportunity. TacOpps has a pool of carried interest that it can allocate to people outside the group, but within Blackstone, who have been “helpful” to the team, Blitzer said.

TacOpps appears to have full buy-in at the top levels of the organization. The chiefs of each strategy like private equity or real estate are part of TacOpps’ investment committee, along with Blackstone chief executive Steve Schwarzman and president Tony James.

With his team in place, Blitzer then went about creating an environment where his people could be as creative as possible.

From his speech at Columbia, you get the feeling there is a lot of pondering going on – about investment themes, macro situations, ways to be contrarian. The group has two meetings during the week, he said. One that is more formal and buttoned up, and one that is solely for coming up with ideas.

“We just thrown things up against a blackboard … all crazy ideas are welcome,” Blitzer said. Blitzer encourages his team to read as much as possible: “You’d be amazed in hindsight how many [great ideas] were just sitting there” and no one noticed them.

It’s hard to figure out exactly how the TacOpps team is doing, because there are several customized funds and then the more traditional vehicle, which is still in fundraising.