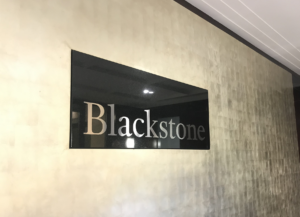 Blackstone Group has been selected as the winning bidder in the highly anticipated process for Precision Medical Group, according to three people familiar with the matter.

An agreement has not yet been signed, but the anticipated deal is expected to command an enterprise value of around $2.4 billion, the people said. Sources cautioned that there is no assurance a transaction is signed.

PE Hub originally wrote in August that Precision, a provider of outsourced pharma services, had kicked off a private equity-focused sale process via Goldman Sachs. Originally poised to launch in March, the timeline was pushed back like many processes when covid-19 escalated.

Existing investors Berkshire Partners and TPG Growth intend to roll significant portions of equity to remain minority investors in the company, some of the people said.

Marketing materials for Precision quoted adjusted EBITDA of $115 million, people previously said. However, one person said forward looking EBITDA is approximately $130 million, while another source said at least one potential suitor bid off normalized EBITDA of around $100 million.

Precision Value & Health, further down the continuum, helps speed up the drug commercialization process and improve successful product launches through a data-driven approach.

Berkshire and TPG Growth in December 2017 co-led a $275 million investment in Precision. The company’s co-founders and management team, as well as previous investors Oak Investment Partners and J.H. Whitney Capital, participated in the funding.

TPG Growth, the mid-market growth equity arm of TPG, first invested in Precision in 2015, injecting $75 million in the company to fuel expansion.

Blackstone has been busy on the healthcare front as of late. In a bet on the future growth of cell and gene therapy, the firm’s Tactical Opportunities unit agreed in August to inject $275 million into Cryoport: $250 million of preferred stock and the remainder in common stock.

The PIPE deal was done amid Cryoport’s $320 million all-cash acquisition of MVE Biological Solutions from Chart Industries, announced on the heels of its agreement to buy CRYOPDP for €49 million ($58 million).