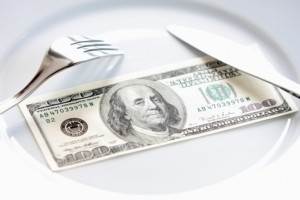 The Blackstone Group is back in the market with its “second generation” Tactical Opportunities vehicle, essentially a separate account vehicle that combines smaller single LP mandates in a commingled fund with large tailored accounts for big investors.

Tony James, Blackstone’s president, said on a call with the media Thursday the Tactical Opportunities team is already working on raising its second offering. He didn’t disclose details of the size of the fund and Blackstone spokesman Peter Rose did not answer follow-up questions about the fund’s target.

The first Tactical Opportunities fund, which launched in 2012, held a final close in March on $5.6 billion and included investors including the California Public Employees’ Retirement System, the Oregon Public Employees Retirement Fund, the New York State Common Retirement Fund and the New Jersey Division of Investment. The fund total included amounts raised for the commingled vehicle as well as large separate accounts.

The Tactical Opportunities business has been so active that “it’s a little stunning we had a final close within the last 12 months and started the next generation [vehicle],” James said during Blackstone’s second quarter earnings call. “It caught us a bit by surprise.”

The TacOpps business has been producing returns “well into the 20s,” James said. Hard performance numbers are difficult to calculate as most of the public entities that publish performance show numbers only for their individual accounts.

Tactical Opportunities, led by David Blitzer, goes after investments that don’t quite fit the mandate of other Blackstone teams. The unit invests across all Blackstone asset classes, chasing everything from distressed mortgage loans and property investments in Latin America to shipping opportunities, Blitzer said at a conference earlier this year.

Last year, for example, Tactical Opportunities invested in the formation of B2R Finance, which provides loans to rental property investors.

“To have the ability and flexibility to play across the entire spectrum is something that market was missing and we felt Blackstone would be well suited for that kind of flexible fund,” Blitzer said at the conference.

Fundraising for Tactical Opportunities was one drop in the sea of capital that has flowed into Blackstone over the past 12 months. The firm has brought in about $62 billion in “gross inflows” over the past year, Blackstone chief executive officer Steve Schwarzman said on the earnings call with analysts later Thursday. Those inflows boosted total AUM to a record $279 billion, up 21 percent year-over-year despite the firm returning $50 billion to investors during the past 12 months, Blackstone said in its earnings report.

“The money we’ve raised over the last 12 months is equal to as much as 50 to 100 percent of the entire AUM of many publicly traded alternative asset managers,” Schwarzman said. The firm raised $14.5 billion just in the quarter, he said.

Blackstone has numerous fundraising processes going on, including for various products in real estate, such as an Asia-focused real estate fund that has collected $4.4 billion and is expected to hit its $5 billion hard cap, he said.

The firm’s Blackstone Real Estate Partners Fund VII, which at $13 billion was the largest private equity real estate fund ever raised, is deploying capital at such a quick pace the firm could bring Fund VIII to market early next year. “We’re already approaching full investment of that fund,” James said earlier in the call. (Through recycling provisions and co-investment, BREP VII has grown in size to $16.8 billion, James said.)

Also, the firm’s private equity secondaries business, Strategic Partners, has raised $3.2 billion for its first fund under the Blackstone banner, on its way to its $4.4 billion cap, Schwarzman said.

Blackstone’s fundraising machine has become much more consistent, both Schwarzman and James said on the calls.

“We’ve moved away from episodic fundraising in the past, which caused AUM to ebb and flow,” James said. “Given the breadth and balance of our product line, we’re always in the market … [we have] a much steadier stream of inflows than in the past.”