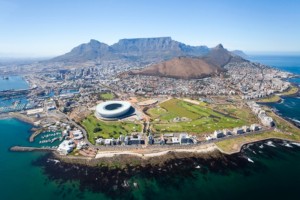 Private equity will play a key role in developing Africa given the massive needs for capital on the continent, says Blackstone Group (BX.N), which is focusing on infrastructure projects involving power generation and transmission.

CEO Steve Schwarzman said he would continue to seek partners like Aliko Dangote — Africa’s richest man, with whom Blackstone has a $5 billion joint venture — to ensure that Blackstone’s experience and deep pockets are matched by local nous and relationships.

The global private equity and advisory firm has projects in Nigeria, Ethiopia, Mozambique and Togo. It is working with Black Rhino, an African infrastructure company, alongside Dangote to identify, develop and operate large-scale investments.

Schwarzman told the Reuters Africa Investment Summit that the dearth of capital in Africa and a relatively underdeveloped private-equity sector presented “a very good opportunity”.

“I think we will be seeing more and more private equity there over the intermediate term,” he said by telephone.

“The reason for that is that there is a lot of real growth going on there and private equity is always looking for returns and areas where there is less competition for capital.”

Blackstone’s initial foray into major African infrastructure was a $116 million investment in 2005 through Sithe Global, its portfolio company, to revive the stalled Bujagali dam in Uganda.

Last year, as part of a U.S. push to ramp up African power production, it teamed up with Black Rhino and Dangote Industries pledging to invest $5 billion over the next five years.

Among the most advanced of Blackstone and its partners’ new projects is a pipeline for refined fuel between Ethiopia and Djibouti. Both governments have signed a memorandum of understanding with Black Rhino and a framework is expected within weeks.

Schwarzman said “time will tell” how involved Blackstone will become in Africa but he said the firm he founded in 1985 would, for now, remain focused on energy-related infrastructure.

“We take an approach to stay in types of investments that we are very comfortable with, where there is enormous demand for capital,” he said.

“We think that focusing on this area, where we have already developed over $25 billion of electric plants, is a conservative way to approach the continent and is a win-win for everyone involved,” he added.

In Uganda, Blackstone and its partners will operate and manage the plant for 30 years before transferring it to the government. A similar model and timeframe is being considered for the Ethiopia-Djiboti pipeline but talks are ongoing.

Blackstone’s partner in Uganda is the Aga Khan Fund for Economic Development, part of the global network run by the spiritual leader of the Ismaili Muslim community, which has a strong presence in East Africa.

With Aliko Dangote, Blackstone is working alongside a Nigerian who rose from selling sweets to heading up West Africa’s biggest group of companies, which trades rice, refines sugar and includes a cement firm that Dangote hopes will one day be the world’s largest cement company.

Schwarzman said partnerships and structures of arrangements will vary from deal to deal, but even a firm as big as his needs the ‘primary relationship’ the likes of Dangote provide outsiders.

“We need Aliko’s judgment, experiences and relationships to be more effective than we would be just on our own,” he said.

“Sometimes success in life is knowing one’s limitations. Investing side by side with Aliko in areas of our domain expertise seems like the way to go,” he added.